This is I’m afraid an unabashed gloat.

Like I suspect many of us, I was surprised one morning not so long ago to find this little video on my twitter feed, along with an invocation to register my email address to have a chance of winning both the signed album and the CD. First reaction was “why not have two winners, eh, Sony?” but I left my email address nonetheless, as I expect a few tens of thousands of others did.

I had no expectation at all of winning it. I never win raffles. So the day of the prize draw approached without any great feeling of anticipation, but I checked the result more in hope than anything else, almost as an afterthought.

And of course it wasn’t me. “Hey ho!” I muttered cheerfully to myself through somewhat clenched teeth, “someone has got a wonderful thing there. Good for them.”

But then a few days later, as I was doing one of my usual trawls through Ebay, I saw that the signed LP was up for sale, starting bid £10, the seller claiming he didn’t have anything to play it on, so he was only keeping the CD. Very exciting moment, but I knew there would be a lot of competition, so I dialled in a serious snipe bid on Auctionstealer and crossed my fingers. I checked the listing every day or so, but curiously there wasn’t much of a bidding war. A few half hearted bids only. So I concluded the action would come later in the auction, as often happens.

I’d actually forgotten it was the end of the Auction, but got a notification on my phone that I’d won. On checking the listing carefully, the price was £55 plus about three quid postage. To say I was gobsmacked would be a massive understatement. I was staggered – a poor quality signed Langley would go for more than that, and there are loads of those. For a unique item like this it’s absolutely ridiculous.

I emailed a friend who had also noticed the LP on sale but kindly deferred, he too was amazed at the price, but noted that the CD had also been placed on sale (“It’s not my kind of music”, the seller explained in the listing). I was surprised I hadn’t noticed it myself as I’d just done a Prefab Sprout scan, but anyway we agreed that this one was his to go for, and to cut a long story short, he won it on Friday for about £40, which again is a quite outrageous price.

Something didn’t quite smell right, so I went to look at the listings again, and noticed that the seller had listed these CDs as being by “Prefab Spout” (sic). And so it was that they had passed completely under the radar of anyone searching for the Sprouts. I’d found it the first time by pure luck because I was running a “Paddy McAloon” search, though I quite often don’t do that as you tend not to find much. I could easily have missed it.

Anyway that mistake cost the seller probably a few hundred pounds. I can’t say my conscience is particularly troubled: you shouldn’t enter competitions for things you don’t want which would become treasured possessions of any fan. And it is a gorgeous object – I do genuinely have to keep pinching myself to believe that I actually have it.

I don’t think, incidentally, that we’ve seen the end of signed examples of this record. I wouldn’t be at all surprised if a copy or two didn’t end up in J G Windows in Newcastle. But I have mine anyway, and I couldn’t be happier about it. Sorry. 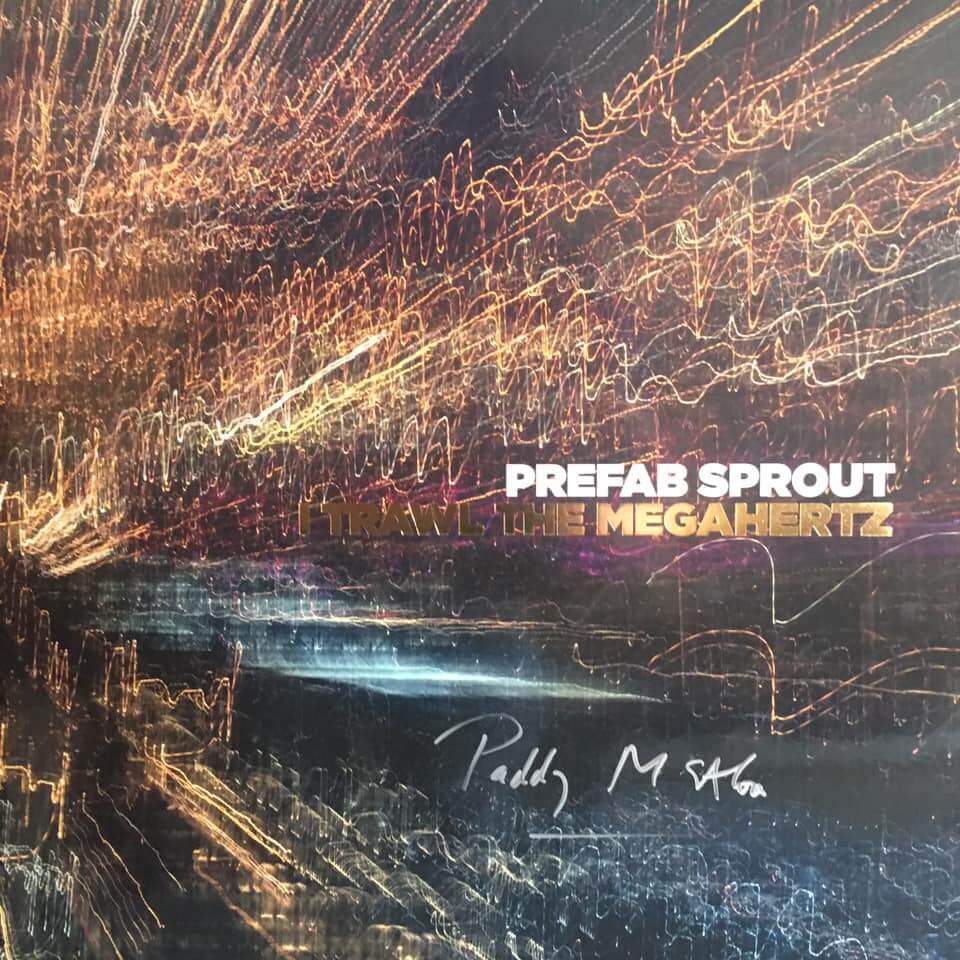