Protest Songs was recorded quickly as an antidote to the studied process that had led to “Steve McQueen”. It collected together some older songs and was supposed to have been released in a very limited edition towards the end of 1985. However fate intervened and “When Love Breaks Down” charted, the label advised against splitting sales between “Steve McQueen” and “Protest Songs”. The album was shelved.

However copies had slipped the net, and the album was very widely bootlegged. Eventually in 1989 it received a full release in a slightly modified format.

This slideshow shows off some of the items in my collection and elsewhere relating to the album, which is I think my favourite Prefab Sprout record. Mouse over the pictures to see captions. 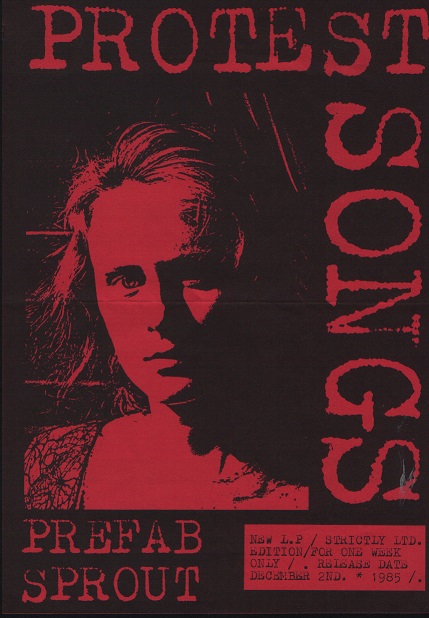 During the 1985 Autumn/Winter UK tour, flyers were distributed advertising the forthcoming release of a new album for a strictly limited 1 week period 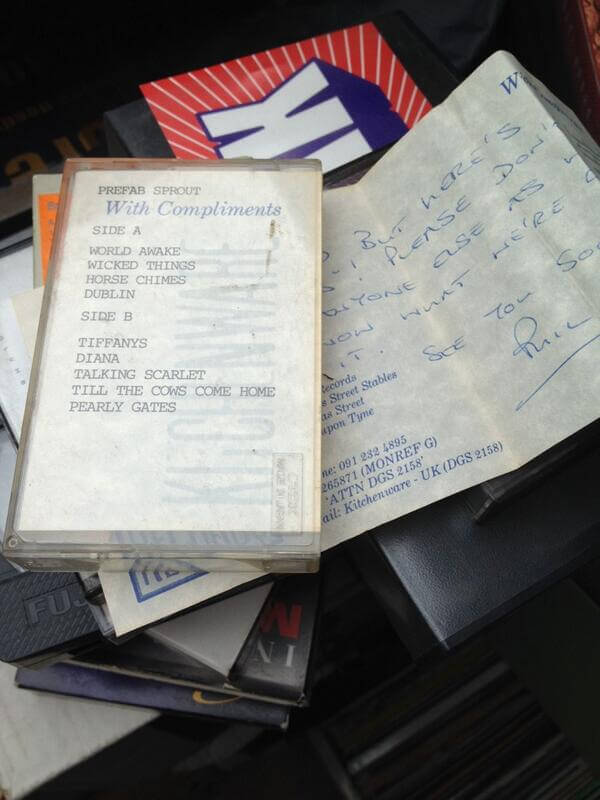 A few copies of the album were issued promotionally. This one includes a note asking that it shouldn't be shared so that no-one would know what was happening 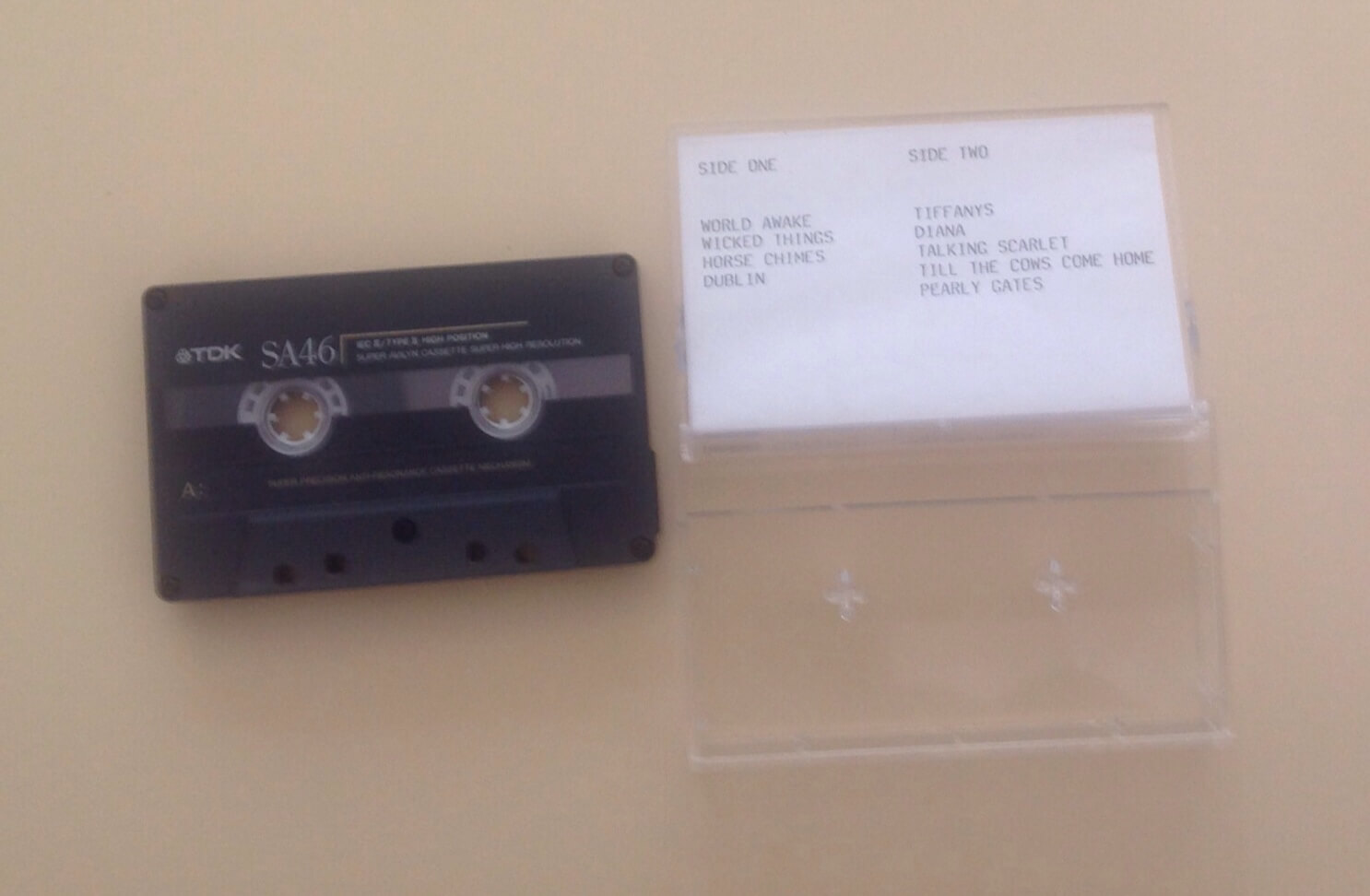 Somehow an acetate (location unknown) and at least one TDK SA tape copy of the acetate were smuggled out of CBS. It's probable that this cassette was the source of the bootleg copies 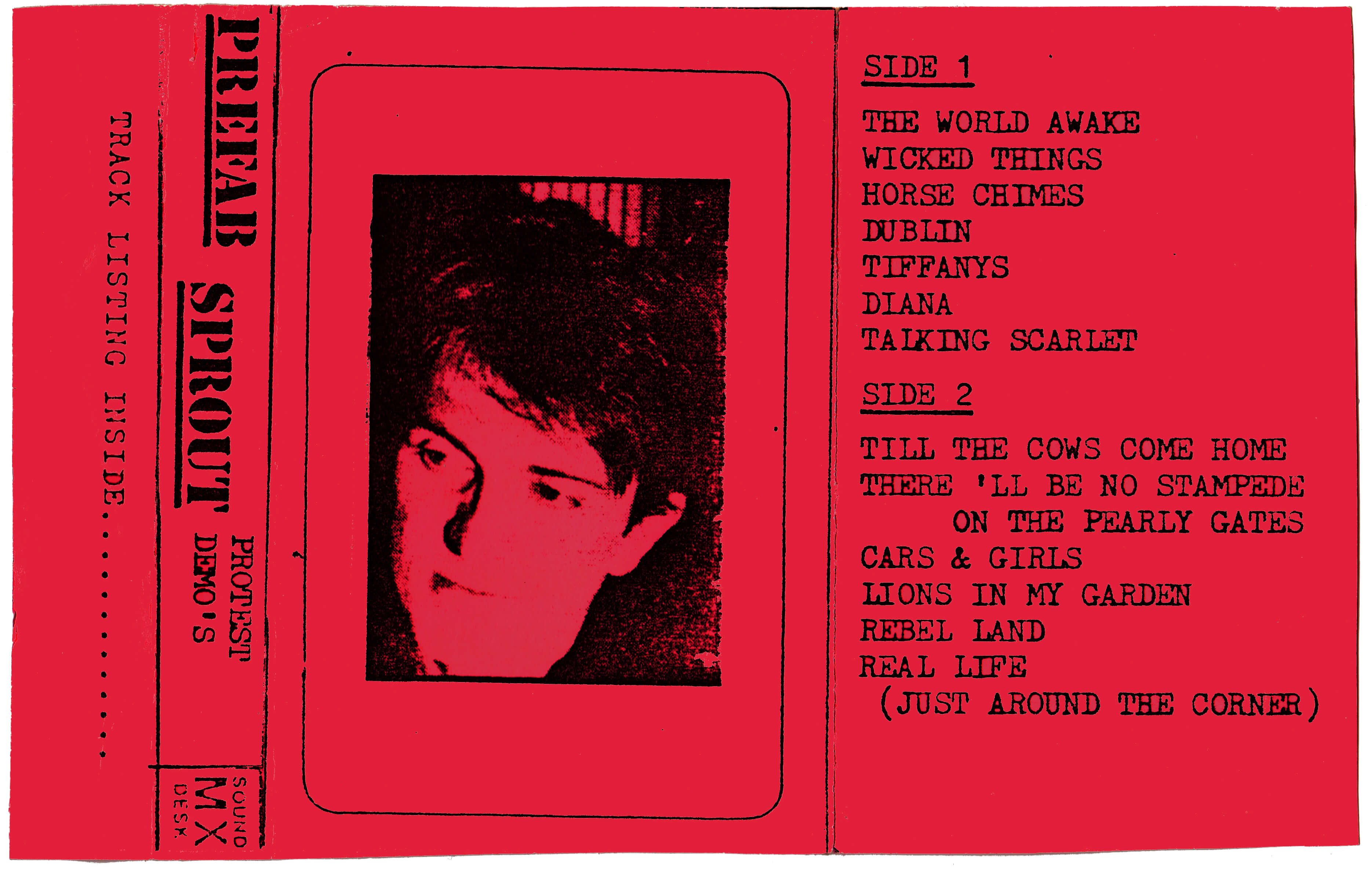 The leaked album was released as a Camden Market bootleg with the John Peel Session and "Real Life" from an NME 7". This is a "Big Al" version 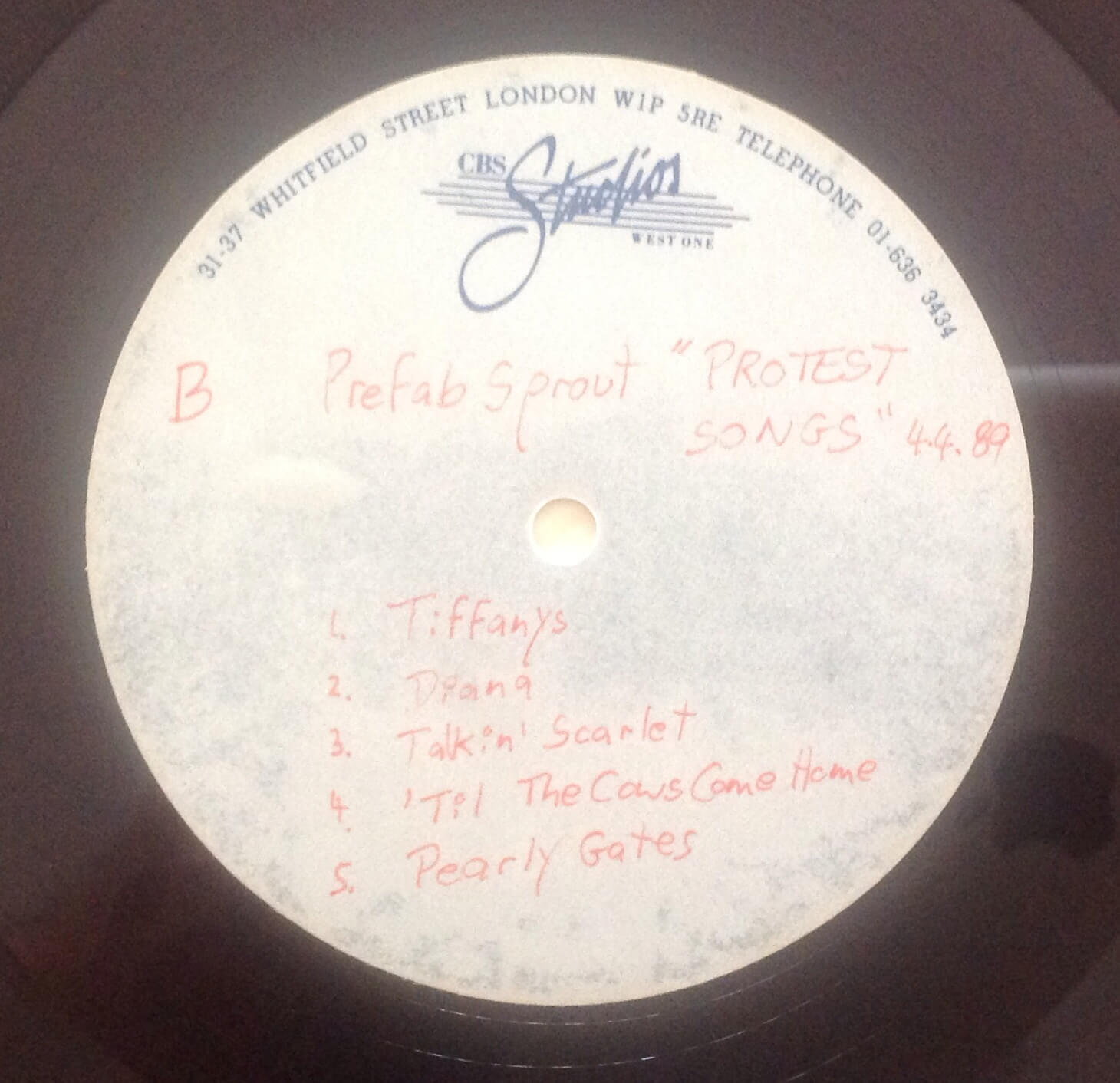 Eventually, following the success of "Langley Park to Memphis", the album was made ready for release. This is a double sided Acetate from April 1989. The "Apple" logo is a reflection on the photo, not a feature of the disk! 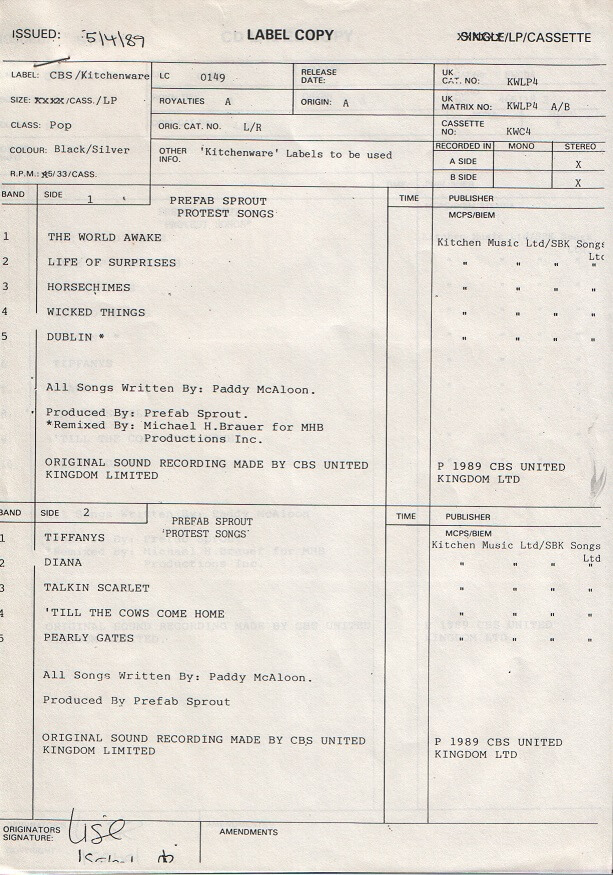 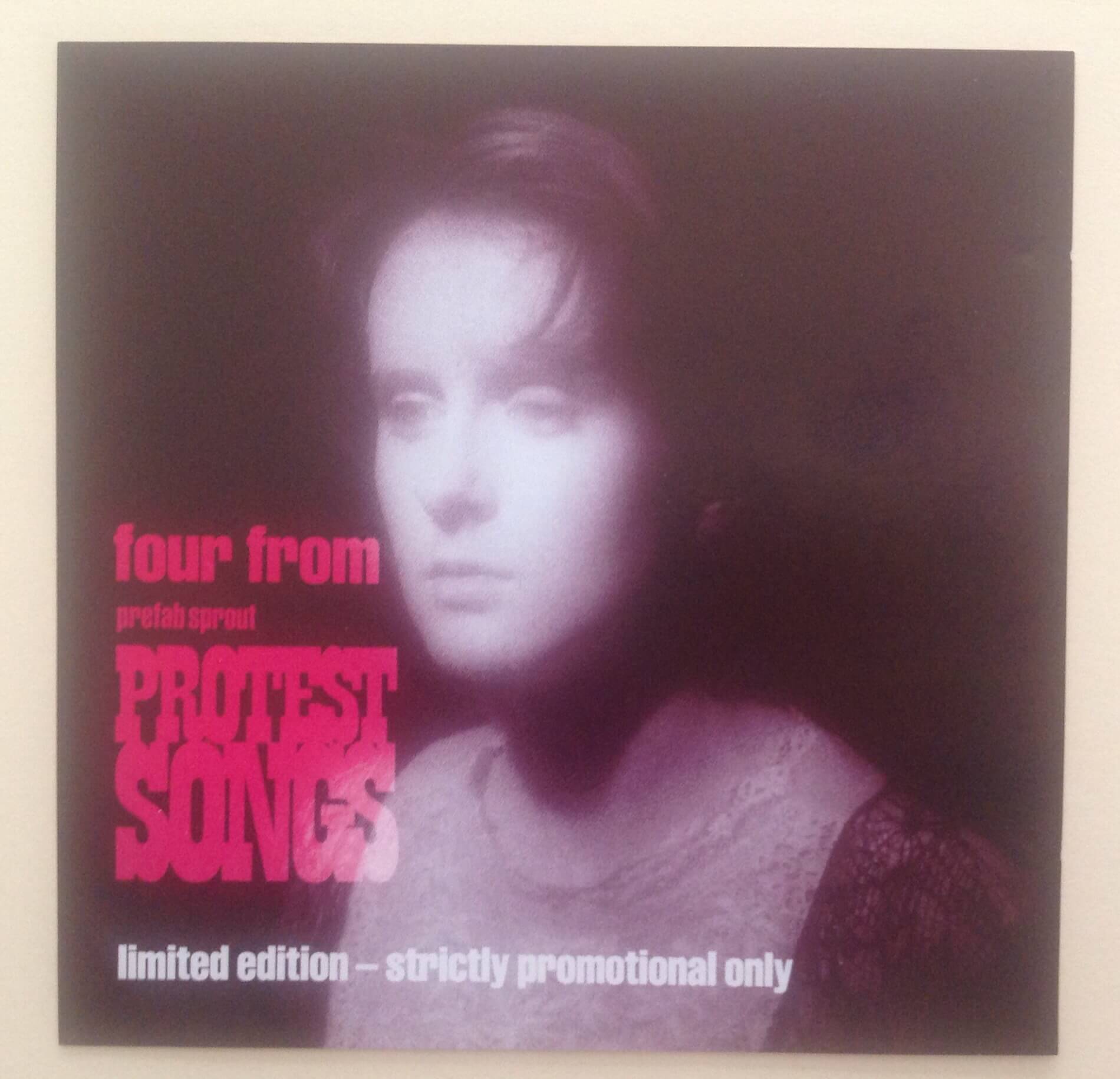 A 4 song sampler CD was used to promote the album... 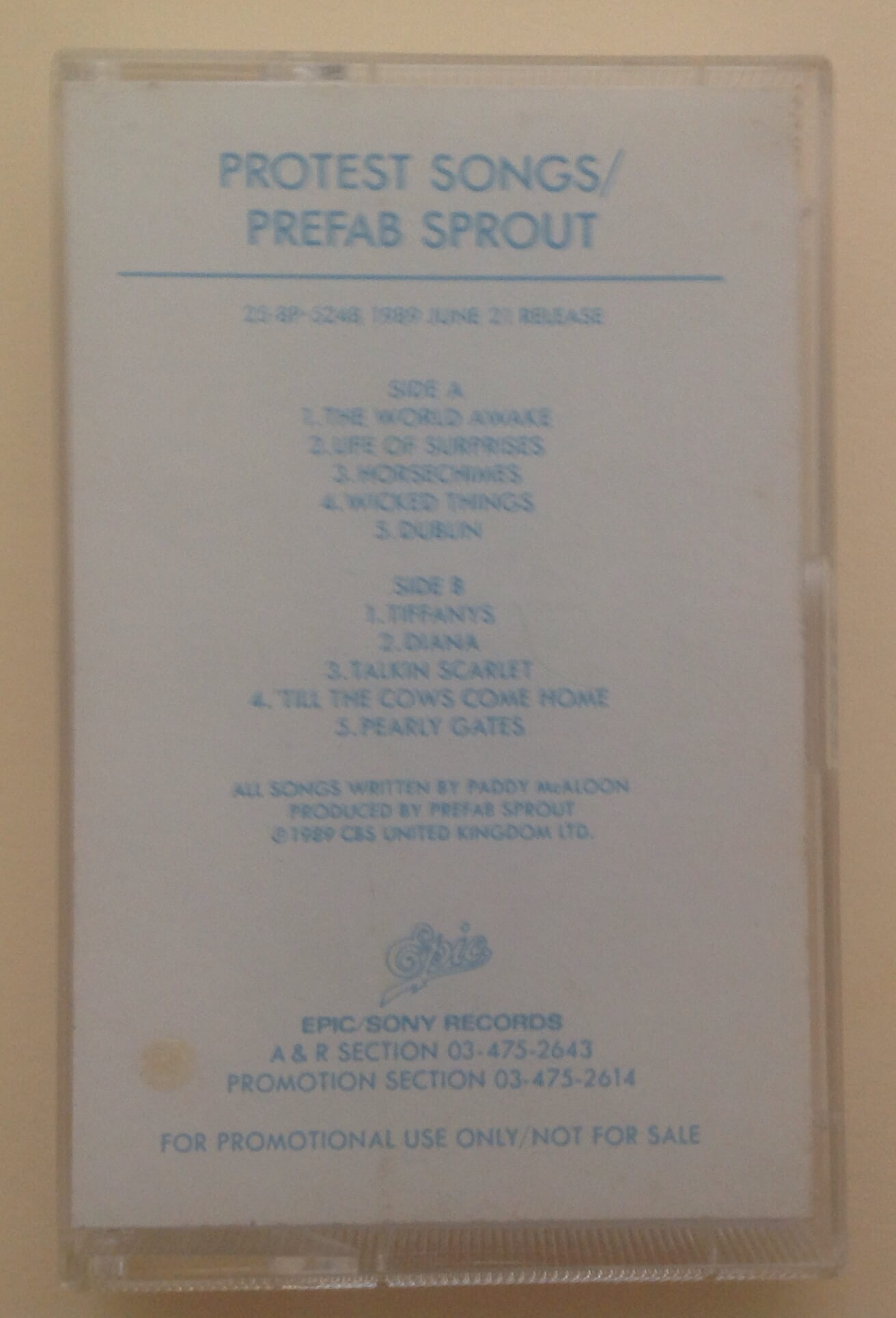 ...along with cassettes of the album. This is a Japanese example. 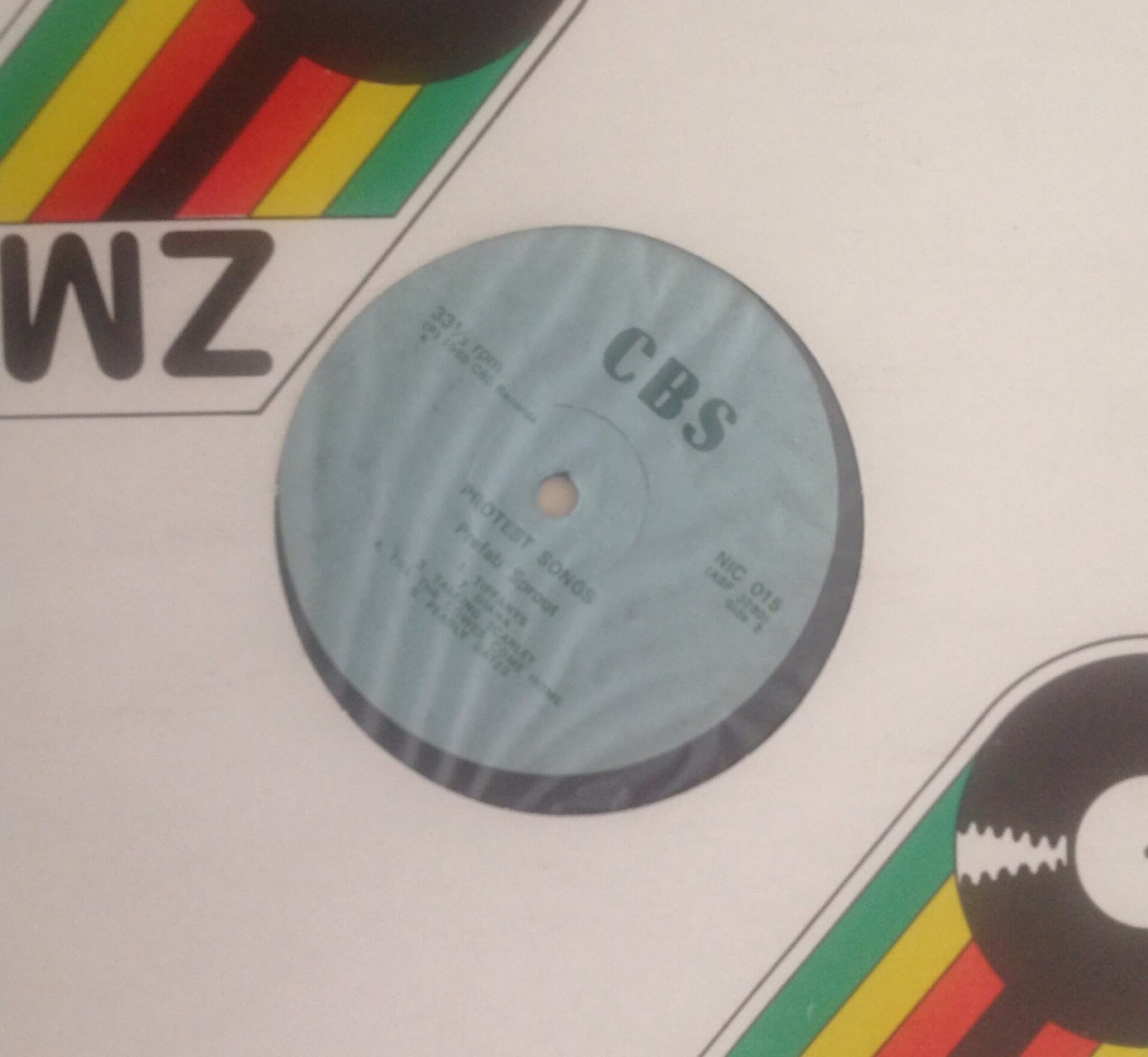 This is a Zimbabwe Test Pressing of the album