I’m currently working on an updated discography, partly on Discogs, partly on another database – it’ll all end up on Discogs eventually though.

And I have a knotty problem, which is that the Steve McQueen CD Issue 466336-2 on CBS or Columbia (depending on the date it was issued) has a load of variants I’m trying to figure out. It’s not practical to try to buy them all, it’d be futile and expensive now that CD prices are going up a bit, but I wanted to figure out the range of variance, so I thought the best way would be to crowdsource that.

Basically I need information in the form below. This is ONLY for CDs marked on the spine as 466336-2. A few explanatory notes first: 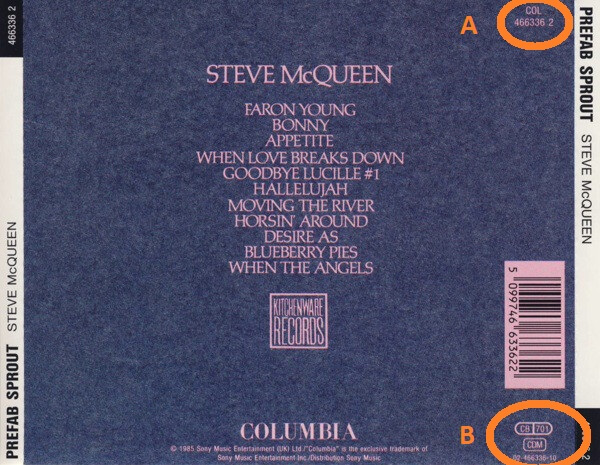 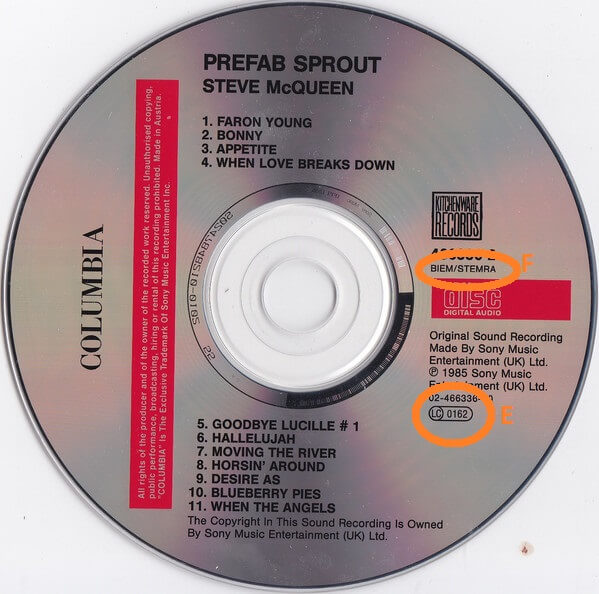 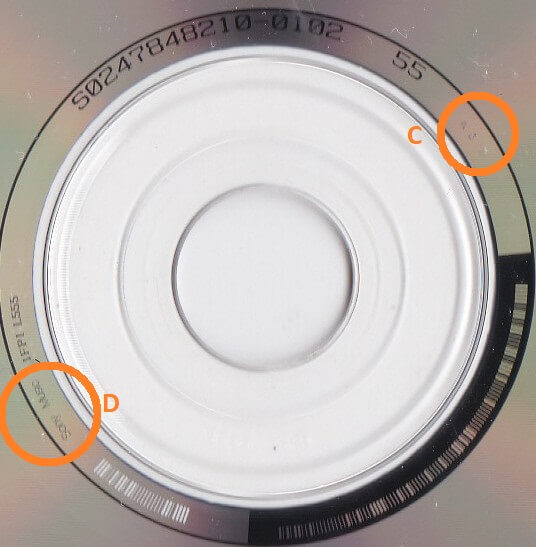 Lastly the most tricky part, the matrix code, which is in the centre of the CD disk, on the silver part. This is difficult to see, you may need a magnifying glass, patience, and a strong light. An example of this is indicated above (it may be on either side of the disk)

The main matrix number in this example is the long number starting with “S02” and ending with 55. Note also the small and faint “A3” (“C”) in this example which is sometimes but not always there, I need that.

Don’t forget the text of the manufacturer if present (“Sony Music” here, “D”), and also the IFPI if present, which is L555 in this instance. There is also sometimes a second IFPI, often on the transparent part of the disk in the centre, and if you can note that down too it will be helpful.

It’s voluntary to give an email address, it may be helpful if I have any follow on questions. Will not be used for any other purpose.

Also note down if it has a red CD tray or any other interesting features.

Thanks for any help you can provide.