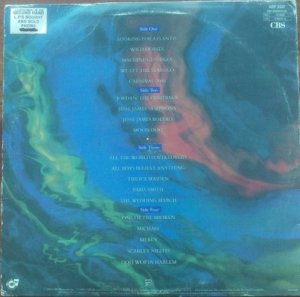 The top 10 is starting to take shape nicely now. We have:

And it’s another foreign vinyl pressing in with a bullet at Number 6, this time the unique double Jordan LP from South Africa.

I must start by contextualising this LP against its contemporary backdrop. At the time “Jordan” was being recorded, Nelson Mandela was still in his cell at Robben Island, and he was released only a few months before the album hit the record stores. South Africa was still a constitutionally racist nation. The local pressings of Prefab Sprout albums would predominately have been made to be consumed by the white minority. Thirty years on, with the world a very different place, it’s easy to forget that what have become abstract collectibles have a very sordid side, but we shouldn’t.

That being said, taken as an object, the South African “Jordan” is what you might call accidentally massively significant, because it restores the album to what it was always supposed to be, a double LP with each side being bound thematically. Rather like “Tales From Topographic Oceans” I guess. Sides 1 and 3, conventional and light Prefab Sprout songs. Sides 2 and 4, the dark flipsides: Elvis, God, and Death.

Accidentally, because this was a direct consequence of South Africa’s isolation. The pressers had to be cut locally with relatively poor technology. And the thing about Jordan is that it contains a shedload of music, and it’s really hard to squeeze into the LP format.

Stereo vinyl is an amazing feat of sonic ingenuity – it encodes two channels into a single groove using the complex geometry of features cut into a V shaped groove. There’s a good description of the technique used here.

Now the problem is that if you cut complex features into a metal sheet, you risk adjacent grooves being too close together and one distorting the wall of the other – obviously the longer the content of one album, the more the grooves have to be squished together. Also as loud passages have deeper and therefore wider grooves, anything with decent dynamic range has to be very carefully spaced to avoid distortion, or you have to reduce the dynamic range to make the louder passages quieter. It’s frankly amazing stereo vinyl works at all, and still more that it was capable of reproducing music to a very high standard of fidelity by pressing lumps of soft plastic with metal disks at industrial velocities. But the process had reached a very high standard of quality and consistency by the 1980s.

So when we have an album such as Jordan, over an hour of music with considerable dynamic range (think “Mercy” v. “Scarlet Nights” for example), there is inevitably going to be a problem putting it out as a single album. Dynamic range has to be sacrificed, the grooves sub-optimally spaced, and the result is a sonic mush. You can hear that quite well if you listen to the beginning of “The Ice Maiden” on LP and CD; on the LP the channel separation of the two voices is very poor. The CD is much closer to what was envisaged sonically. So, predictably, it took quite a number of attempts to cut the single album: Sony wouldn’t compromise and make it a double, Paddy wouldn’t compromise and cut songs. So the technicians compromised in the only way possible: by pushing the grooves together as close as they possibly could. 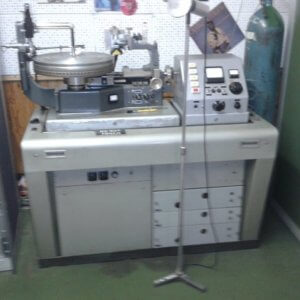 But in the Gallo plant in South Africa (or more probably in Harare, Zimbabwe), it turned out to be impossible to cut as a single album. And so they did the easy thing and made it into a double. Incidentally, this picture is of a cutting machine in the actual Harare plant, which was on sale on Ebay a few years ago. Yes, the plant itself was on sale. On Ebay.

The resulting record is extraordinary. Purity of tone, great channel separation, better dynamic range. Even given the substandard materials used, and often wear and tear to the packaging, it’s by far the best way of listening to “Jordan” on vinyl. The music has space to breathe properly. And the sectional split is more obvious, which helps clarify the conceptual framework.

As a collectible, it’s one of those things that isn’t usually expensive, but doesn’t turn up very often. BidOrBuy isn’t a bad place to find it, a sort of South African Ebay equivalent, though it’s a little risky as often packages disappear en-route unless you use a courier. It does turn up every now and again on Ebay, you can often find it on Discogs. I would say £20-30 is a reasonable guide price. As mentioned (and the pictures show), it’s often quite scruffy externally, don’t expect mint sleeves.

I guess there’s a possibility of a double vinyl Jordan in the current round of re-issues. Ironically, the state of the art in terms of cutting LPs isn’t what it once was so it’s very unlikely they’d get it onto a single album. You might want to keep your powder dry and wait for that.

But currently, the only game in town is at Sun City. 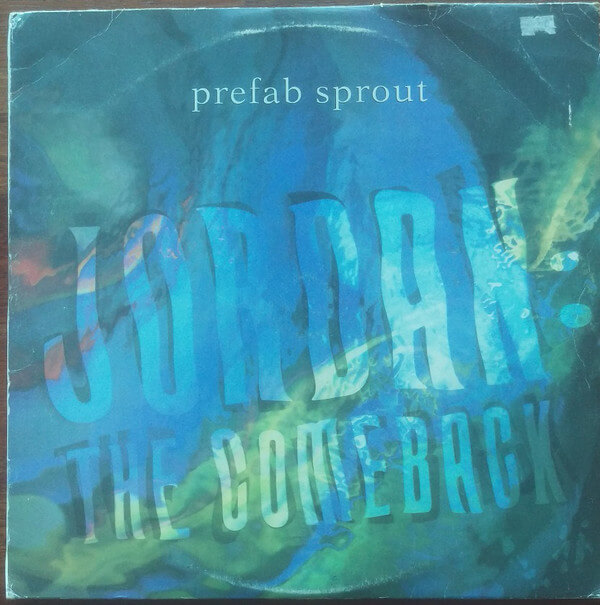 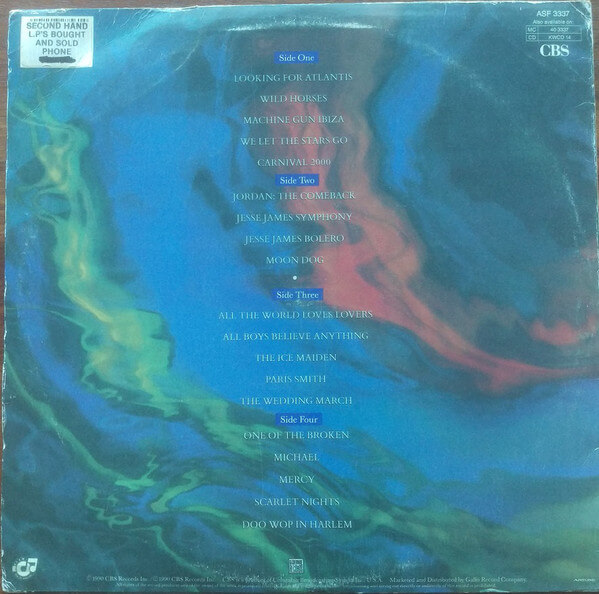 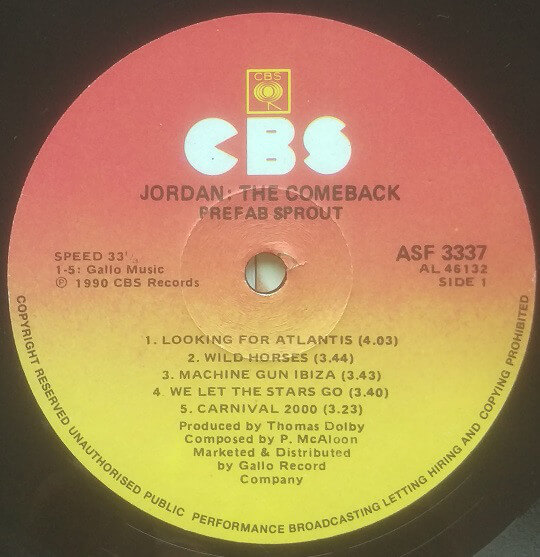 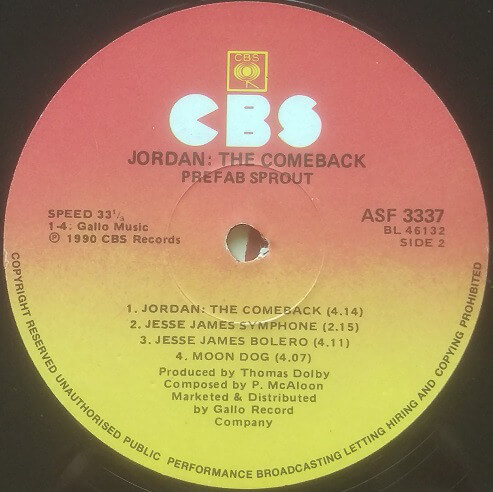 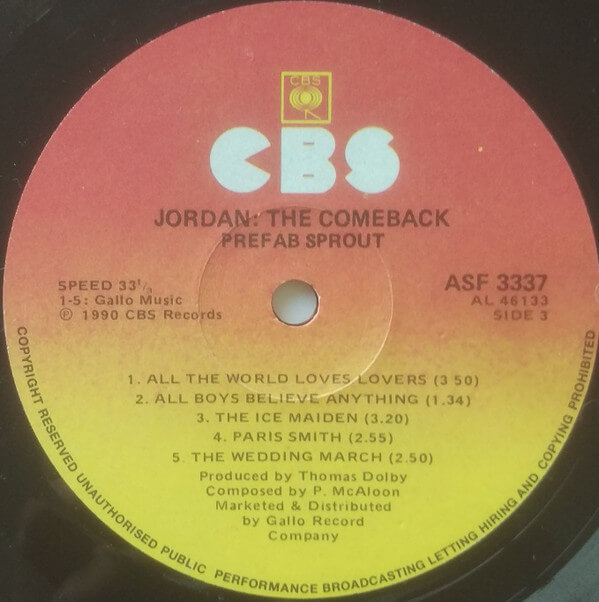 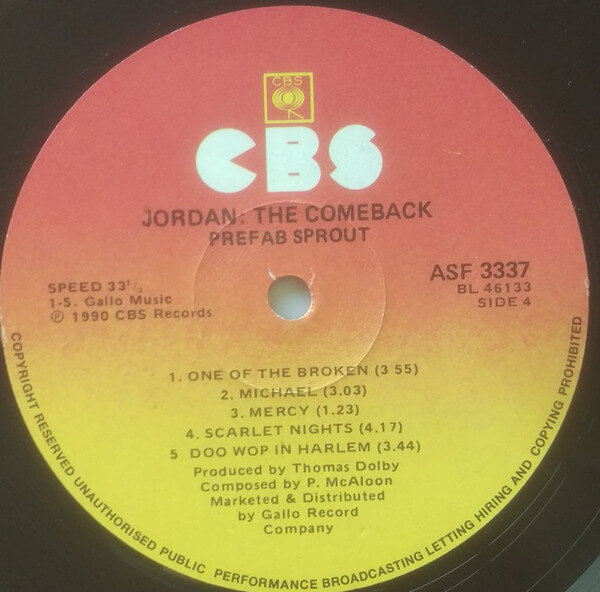