Almost exactly 20 years after the Domefest festival, Paddy’s last hurrah with Prefab Sprout at the Fleadh in Finsbury Park in London opened with a song in the set you’ll find on the Domefest page,  Faron Young. The band now consisted of Martin, Paddy, Neil Conti and Jess Bailey on keyboards, and had just concluded a brief tour of the UK.

The show was filmed for “ITV at the Festivals”, and the three songs that were broadcast are on Youtube. However most of the tour was also recorded by fans, armed with the latest minidisc recorders, and this is no exception.

And with the last notes of “Looking for Atlantis”, there they were, gone. Not quite the last time Paddy would play in public – he played at least one acoustic set for a school fundraiser – but the hearing disaster that was to follow meant that playing with a band would be impossible from that point. 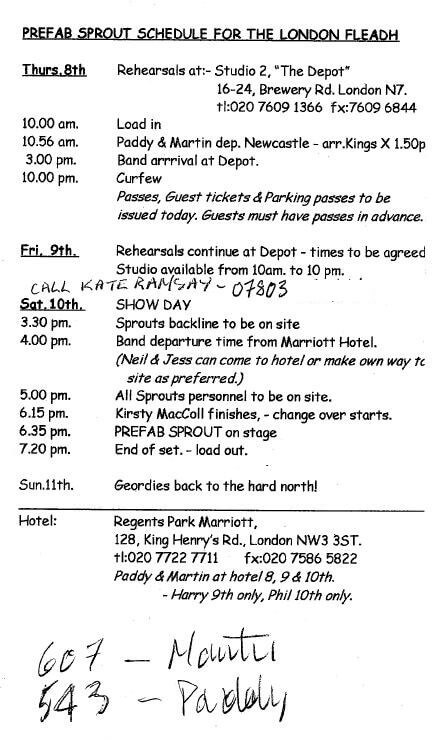 The band schedule for the concert 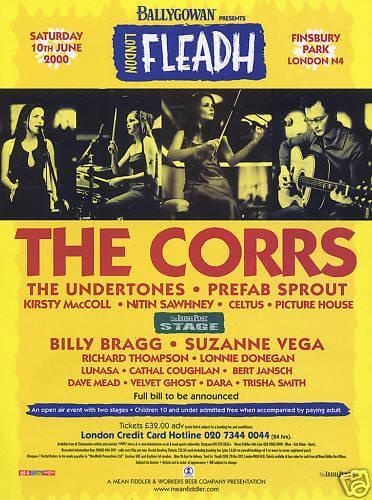 Prefab Sprout were an early evening support to the Corrs 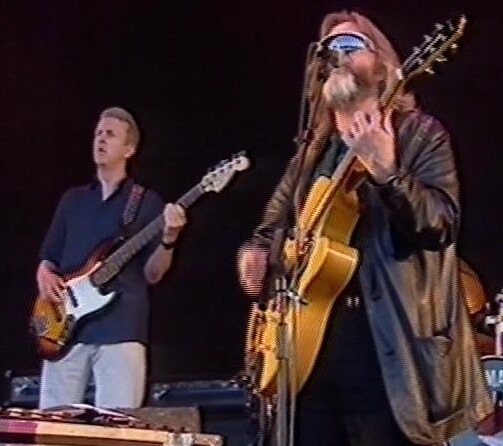 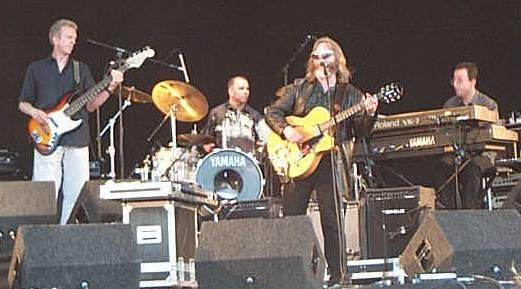 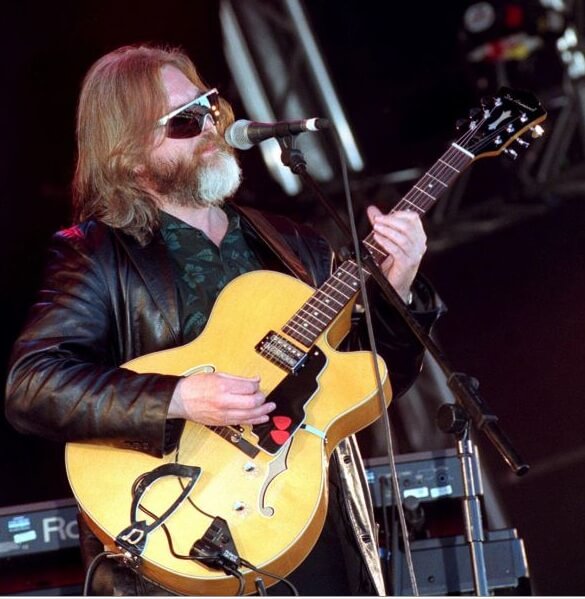