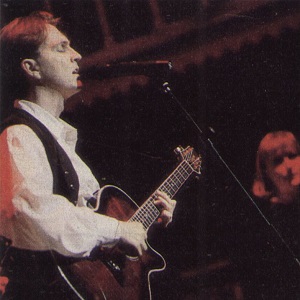 There was a very exciting piece of news this morning. The demos of “Jordan: the Comeback” turned up on an open google drive. At time of writing they are still there. Get them while you can. The discovery was announced by Christian on Facebook, and as usual with this sort of thing, a frenzy of interest and speculation ensued: had Paddy leaked them deliberately? Were they real at all? What did this mean?

Yes they’re real. No they weren’t leaked deliberately by the band. It signifies nothing in particular. They are worth listening to, absolutely, bury any scruples you might have and listen to them if you’re at all interested in how Paddy worked at this time. Maybe the possibility of a Jordan Box Set just receded a little; either way, why deny yourself the simple pleasure of listening to something new?

First of all, the actual music. You’ll find it fascinating, very close to the final product in terms of arrangement, lacking mostly the sparkle and pizzazz Dolby and the other musicians brought. There’s a beautiful version of Scarlet Nights in a stripped back piano version. It’s a fully formed and very finished set of recordings. Dolby, when he heard it, despaired of doing anything other than diminish the perfection of the Jesse James songs. And an unreleased marvel, “Who Intrigues You Now?” which is a gorgeous song. That popped up on YouTube not long ago, presaging the arrival of the full set of demos.

And then to the obvious question: how much more of this sort of thing is there lurking? And the answer is an absolute ton of it. You’d be amazed. And I know that’s a really shitty thing to say to fans, that there is a secret cache of amazing stuff but you can’t hear it, but that’s the truth of it.

We could start with the official Sony archives, which is stuffed full of outtakes, demos, live recordings, but the only real route to that is via official permission, which, I hasten to add, I’ve never had, but I’ve seen the catalogue, John Birch somehow got hold of it. The problem is that if you ever by some magic key got into that archive, you’d hit a wall of material which you could only really listen to peremptorily, the sheer quantity would destroy your desire to listen to it very quickly. So be careful what you wish for.

And there is other material circulating in small circles too, the real schizzle, the early recordings, the dodgy cassettes, the Steve McQueen demos, the rehearsal tapes, missing songs. The problem Paddy has in keeping things quiet is that people really love his music, and when someone gets something good, it is inevitably shared somewhere to someone else (in confidence) and eventually someone gets careless and it ends up on an open Google Drive or Soundcloud. And this is what happened this time from what I can see. The unfortunate effect of this happening is more likely to be doors closing than opening, especially if confidences have been broken in the process. But once the stable door is open, ride the horses.