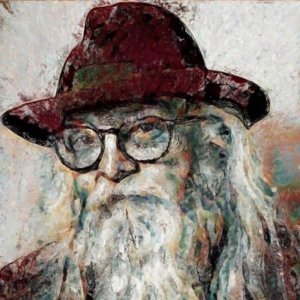 So last year, in a somewhat downbeat review of 2017, I said this:

“There have been rumours throughout the year about what Paddy is doing. I’ve heard from what I would categorise as reliable sources that he’s signed up to a PR agency, that he has a two album deal with a major label, that “I Trawl the Megahertz” is definitely being released in “all formats”, and that something is happening with Spike and Cinque Lee that is far more than what eventually emerged in “She’s Gotta Have It”. There are, in short, rumblings underfoot. But as yet little that is tangible.”

The record label was of course Sony, and the rest of it is pretty much tangible as of December 2018, along with the long trailed Rod Stewart release of “Who Designed the Snowflake” in September. So for once, I’m looking ahead to the New Year as much as I’m looking backwards towards archival and collecting.

What do we know? There is some chance of a new album around September this year. It may be “Femmes Mythologiques”, and it may contain “Cleopatra” and “Angelina in 3D”. But “many a slip betwixt cup and lip” as the saying goes, and I don’t think I’ll be holding my breath. But there will certainly be the reissue of “I Trawl the Megahertz”, and I understand that there may be something interesting done for Record Store Day, though not new material. There will certainly be further vinyl reissues, and the word is that “Andromeda Heights” is next in line for the treatment.

Whether we see “Chasing Invisible Twilight” is anyone’s guess. Hopefully whatever difference of opinion exists between Spike and Cinqué Lee can be patched up, but I’m not at all confident, sadly.

So, everything is picking up, and Paddy is doing interviews, with a number due in January for the end of the month and the release of “I Trawl”. Which I have to say is just as well, because even at a vastly reduced rate of posting – I’ve been travelling a lot this year and it hasn’t left a lot of time for the site – we’re almost completely out of archive interviews. Just about four left in fact. Similarly, collecting has been slow this year, though discovering the original 1985 test pressing of Protest Songs was a massive highlight.

2019 will be the fifth year of Sproutology. I originally started it as a sort of log of my collecting, but it’s morphed into a massive accumulation of material of all types, interviews, video, audio and what have you. One of the aims for the year will be to find ways of organising it better, as the sheer mass of what is available makes it difficult to browse. Any ideas are welcome, and of course I’m very much reliant on the kind people who contact me with things they’ve found (and found out), so if you have anything, please get in touch. We’ll be at half a million page views soon.

Here’s to a New Year with something new (and something old), and very best wishes to all readers for a happy and prosperous year.