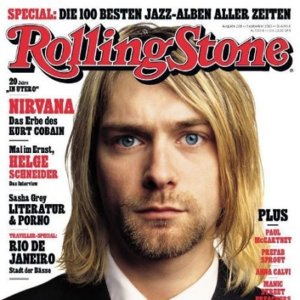 The choirboys in Durham Cathedral have an average age of something like seventy years old. The moment I enter the huge, ancient, cathedral, the white-haired and dignified “boys” launch into a stately chorale. Within these ancient walls, the sound is uplifting. Somewhere beneath me lie the bones of the venerable Saint Cuthbert, without whom there would be no church here at all. The mighty building is now best known world-wide as one of the locations for “Harry Potter”.

The town that has grown up around the cathedral looks appropriately picturesque. We’re in ‘ye olde England’, indeed almost in Scotland; the land around having been once fiercely contested. This is a kingdom of romantic cobbled alleyways, of tea-shops and Lindisfarne booksellers. And plenty of Chinese students, and tourists, and sometimes a king of rock’n’roll.

A little later, I’m sitting opposite another old boy, by some distance the most imposing of the lot. Paddy McAloon looks like a cross between Karl Marx, God Almighty, Leon Russell and Harry Rowohlt. We are meeting in the hotel bar of the Royal County Hotel in Durham – he lives some way outside the town in a house in the countryside with his family and his studio. He’s hardly out of place here, and certainly not by dint of his aged appearance; most of the other hotel guests seem to be much older, just not in such a stylish and spectacular way, and they don’t laugh quite so loudly. In fact, Paddy McAloon is only 56 years old, but he looks older than Paul McCartney. He would fit well into the group of old choirboys. He repeatedly pulls out a large, old fashioned, magnifying glass which he holds in front of his glasses when he wants to read something. He’s only really missing a hearing trumpet.

He is quite something to see. The great man has taken a severe battering from his health. Initially corneal detachment in the late 90s, which nearly made him blind and which has left him with enduring eye damage. Then heavy tinnitus, which removed his ability to hear bass notes, he can only feel them. It’s not impossible that the stress of being a pop star became too much for him at some point. Prefab Sprout didn’t reach the zenith of their reknown until the mid-90s, when they were halfway to becoming a household name in the US, but when in Europe they were being eclipsed by techno and the band was barely on the radar of critics and audiences.

Founded in 1977, the triumph of Prefab Sprout was based on their first two albums, “Swoon” (1984) and above all the masterpiece “Steve McQueen” (1985). Celebrated as a genius after these two big successes, Paddy McAloon now found many opportunities in front of him. But there were also boundless expectations, as was typical of the music business in this golden period prior to the great crash, even for the most fragile of artists. So a lot of pressure, a lot of stress, until at some point it became too much for him. Following the well-received album, “Andromeda Heights” (1997), the health crises started. Constant touring was out of the question. And the period of Prefab Sprout as a band, a collective, ended. After a final tour in 2000, Paddy McAloon was left as the only member, a state of affairs which has continued to this day. Just like it was at the outset, in the early 1970s, when the band and its name was just a figment of his youthful imagination.

“But anyway, Prefab Sprout wasn’t just a one-man band,” McAloon says. “Yeah, I wrote and sang the songs, but it didn’t feel like it was just me. I liked the times when you had enough money available, whether you were just making records or not. It was convivial, and we had a rich sound. But you can’t maintain a band like a standing army. To be able to move on, we would have had to tour endlessly. And I just couldn’t do that. Then I would never have written all these songs and at some point I would have just become totally bored being a human jukebox. I mean, most bands do that, and it may be okay for them. But for me, that would mean nothing.”

Instead, he has single-mindedly removed himself from anything he doesn’t want to do, anything which would add to his burden. And he now leads the secluded, domestic life of an eccentric but industrious songwriting geek. That is his craft, that is the daily bread of this autodidact. “The great thing about pop is its low threshold. You need do almost nothing to get involved. My first two, three chords opened a whole universe for me. But I was never taught. Up until I was fifty, not so long ago, I had no idea how anything worked, I didn’t know any music theory. We were making records with Thomas Dolby, he was trying to explain to me how to use the guitar, when to add other things, and I didn’t know what he meant. I was very naive about all that, that only changed with the Atari. ”

A rather surprising piece of information considering the harmonic sophistication and rhythmic complexity of many of his songs. In a way, coming from the punk ethos of the earliest incarnation of his band, Paddy McAloon still likes to roar. And he is still driven to strive for maximum beauty even with limited resources. “In general, I always try to have at least one song on the go. But my weakness is that I won’t pick anything up unless I absolutely have to, which was a big problem for this record. I’d written a million songs, album after album, the arrangements all done in my head, but nothing had really been recorded.”

Although the songs on the new album “Crimson/Red,” – in common with songs from his other albums – often come from various phases and years, in this case between 1997 and 2012, these are by no means old recordings. McAloon composes with the help of a computer in his home studio in a similar way to any contemporary electronic composer, however his approach is not exactly the same.

This is because he is probably one of the last people on the planet to be using an Atari and the program Emagic C-Lab, which had gone out of fashion in the techno scene by at the latest 1992. For him, however, it’s completely familiar and therefore perfect to transcribe the ideas he has constantly bubbling away. That’s why Prefab Sprout’s records are almost always excellent: because McAloon writes such an improbable number of songs. So he always has a huge selection, which can be filtered and compiled qualitatively and thematically into albums.

In the last Prefab Sprout album “Let’s Change The World With Music” (2009), the theme was primarily religion and gospel music. McAloon, the descendant of Irish coal miners, and a somewhat ambivalent Catholic, even found himself compared to Cliff Richard: “That was a bit mean, my faith isn’t that childlike. It was meant a bit more profoundly. To be honest, I don’t really know myself what I believe. But pure reason strikes me as a closed system. It can’t really explain anything outside of itself.” In any case the fractured, doubting, euphoria of songs like “Sweet Gospel Music” or “Ride” even moved avowed unbelievers to tears. And now, “Crimson/Red” is more secular and more generalist: above all else, the musical unity of the collection stems from one thing: they are all stories.

“These long, almost folky ballads, like Dylan writes, with lots of verses and a big story, that was one of my key ideas. Most of the songs I wrote on the guitar purposely because I wanted them to be sung by a single man.”

Songs like ‘The Best Jewel Thief In The World’,’The Story Of Danny Galway’ or ‘The Old Magician’, Which are always a little bit about him, you notice it in the titles.

“Often it’s the title that comes first, a single line. Or a headline in the paper, such as ‘The Worst Jewel Thief In The World,’ where I thought: ‘what if you were to think about the best jewel thief?'” McAloon says. “I’m a slow worker, I’m anything other than a whizz-kid. But I can easily imagine worlds, it’s been one of my strengths since my childhood. It’s the thrill of putting something together, a world I might not even really know what it means, or where I have to wait, until it tells me itself what it means. A song is in itself a mystical experience for me: I don’t need to know exactly what it says as long as it feels right. That’s why I like working alone. I don’t want to have to ask anyone’s opinion. I know that sounds selfish but I like it. You just do what you want, and if it’s wrong you can still play it to someone who says it’s too long. But whatever you do, at some point you have to make decisions. ‘This is the song now, this verse goes like this’. I like infinite possibilities but I also know that they can lead you onto the road to madness…”

Paddy McAloon knows well the madness of which he speaks. He has had to make a lot of decisions, harder even than these, the consequences of his state of health, which have ultimately led him to a way of life he’s able to cope with in the long term. “We made a lot of recordings in Los Angeles with Thomas Dolby back then, which seems totally weird to me today, because my studio is now just a corner in the living room of my house.”

A house he shares with his wife and three daughters of 10, 14, and 15 years. One can only imagine this complex, private, genius, surrounded day-to-day by nothing but uproarious youth. “I’m like King Lear, I have three daughters. But I don’t want to start a dynasty,” he laughs. “Sometimes one of them asks me if she can help me, but then I never really know how to show her how I’m doing it. It’s really just an old guy and his Atari. Most of the time I’m just the old fogey standing around at school events, or cooking a rather dangerous tomato sauce. It’s only some of her teachers and a few other parents who are interested in me.”

McAloon may seem prematurely aged, and a little frail, but his conversation is agile and robust. He wants to know whether I’m a “Stockhausen kinda guy” because I’m from Cologne. He doesn’t really follow contemporary music, the only artists’ names he drops next to the Cologne electronic pioneer’s are Iggy Stravinsky, Igor Pop, and of course the Beatles. If you think about it, you basically don’t need much more than this to get through life. Except for maybe every few years a few new songs from this greatest son of a small northern English town. Lets hope he still writes quite a few more of them…

And then it’s time to leave. Paddy McAloon has an important date, his second daughter’s birthday party. Others can take care of the music, but not the spicy sauce.