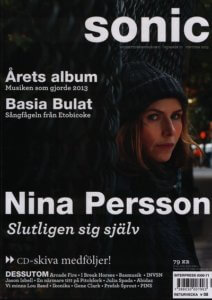 The Last of the Magicians

There’s a sudden silence at the other end of the line. I just asked Paddy McAloon why it has taken him almost thirteen years to complete “Crimson/Red”, Prefab Sprout’s first album of new material since “The Gunman and Other Stories” in 2001. He repeats the question to himself not once but three times before he finally responds:

“It may sound strange, but for a long time I was wondering whether there wasn’t already enough music in the world. I was in a crisis, and I felt that whatever I did it would just end up being more of the same. But I never stopped writing music.”

During the eighties and nineties, Prefab Sprout was one of Britain’s most influential pop bands. But for more than a decade since then, albums have become increasingly sporadic. At the start of the millenium, Paddy McAloon suffered from tinnitus and severe eye problems, and as a consequence he found it increasingly difficult to write and record music. The recording of “Crimson/Red”, or so it turns out, wasn’t so much a product of a creative impulse as it was a practical solution to a pressing problem. McAloon had promised an album to his record company, and had to honour his word.

– Tell me about the album title. Why are you so fascinated by the colour red?

“The title has a deep personal meaning for me. When my tinnitus was at its most severe, and the sound in my head was at its worst, I handled it, amongst other things, by starting to dress in gaudy colours. I wore red shoes, tartan patterned trousers. It might sound a bit eccentric, but the fact is it prevented me from becoming too introspective. It amused me, made me laugh, took my attention away from my problems for a while. Much of the music I love relates to the outside world in a similar way. Like when Louis Armstrong sings ‘Stardust’, that is extroverted music, music that makes you forget your troubles. Quite like the colour red.”

– “Adolescence”, the only song on the disc where the album title is mentioned, seems an attempt to recreate the experience of being a teenager. You sing: “Adolescence crimson/red / Fireworks inside your head”. How has your approach to pop music changed since you were a teenager?

“Quite a bit, if I’m honest. At that age I lived through the music in a different way than I do now. I was incredibly curious from the moment I discovered music as a child until I was an adult. But the older you get, the more you get hit by the feeling that you’ve heard it all before. That’s just how it is. You know what a rock band can do, what you can achieve with a guitar, a bass and drums. It doesn’t mean that you can’t find something interesting, modern or new, just those moments when you are caught off guard by something you’ve never heard before become increasingly rare as the years go by.”

But it still happens that you are caught off guard by new music?

“Yes and No. Of course sometimes I hear music that seems to me to be quite modern. It’s usually black music, modern rhythm and blues. I can hear that something is happening in this music that has not necessarily occurred before, but I’m not as interested in following trends as I once was.”

– Thematically, “Crimson/Red” revolves around ageing and death. “Adolescence” depicts the optimism of teenage years, “The Songs of Danny Galway” is about a meeting with one of your childhood idols, and “The Old Magician” is about a man who has lost his powers and is forced to admit that he was better before. Why is it that you have now come to address these questions?

“I’ve grown older, quite simply. And when that happens the questions present themselves in a new way. No matter what else happens to us in life, one thing is always present and predestined, namely that one day we will lose our powers. As we get older, we tend to become more nostalgic and dream ourselves back to bygone times, to when we were younger, had more energy, and the world was newer and everything looked a little brighter. But the nostalgia also makes us forget the other side of that coin. The uncertainty we felt, the concern that we didn’t fit in, and the fear of the future. We had no idea how we would handle it all when we were younger.“

– Yet, I see it as a pretty uplifting album…

“That pleases me. Sure, I dwell on some grim issues, but I’ve tried to approach them in an uplifting way.”

– When I revisited the Prefab Sprout discography, I was reminded that you often return to wide open spaces in your narrative. I’m thinking particularly of the prairie in “The Gunman and Other Stories” or the firmament of “Andromeda Heights”. I can also find that in “Crimson / Red”, not least in “The Best Jewel Thief in the World,” in which the narrator runs across the rooftops and looks out over the city from above.

“That’s true. But the narrator in “The Best Jewel Thief in the World” is a bit different from the characters I usually portray in that he is tough and arrogant where my characters usually tend to be more honest and urbane. He looks down on people, both figuratively and literally, and has to constantly remind himself that that’s not a very sympathetic way of living. This distance is a prerequisite for the illusion of the invincibility he needs to survive. When I’d finished writing the song, I realized that in many ways it served as a metaphor for songwriting. It’s about the kind of arrogance you need to be able to convince yourself that what you are working on is good enough for everyone to hear. For, you see, none of us really know how to do this. Most of us just live from day to day in the hope we manage to catch the lightning in the bottle just one more time.”

– You no longer feel any pressure to write a new “Cars and Girls”?

“[Laughs] No, I’m pretty immune to that sort of expectation. I don’t think much about the audience when I work, I always try to please myself first and foremost. However, it’s obvious, if I may bend your question a bit, that my music will always in one way or another sound like Prefab Sprout. The difference this time is that I exclusively worked alone. I’ve been very lucky in that both Martin [McAloon, Paddy’s brother] and Wendy [Smith] have been encouraging and supportive of my work. Wendy left the group after “Andromeda Heights” and lives a totally different life now. Martin is still interested in what I do and when the opportunity to do a new album appeared and it was clear to him that my health prevented me from working with others, he gave me his blessing. But I’m not going to pretend that it’s ideal circumstances.”

– You mentioned that you can’t escape the feeling that as you age you increasingly feel that you’ve already heard everything and that it has saturated your desire to search further musically. But you still have a need to escape into music?

– Yes indeed. But escape is perhaps not the right word. For me it’s more about stripping away everyday life, with all that implies in terms of problems and chores, and entering instead into a richer and more interesting world. If I’m lucky, and if I’m surrounded by instruments, on a good day I can come upon an image or a melody and reshape it into a song. It’s still a special, almost mystical experience for me. Sure you can call it escape, if you want. But for me it’s more a matter of further immersing myself in what it means to be alive.”

Original interview published by Sonic Winter Magazine. Special thanks to Niklas for checking and correcting the translation.