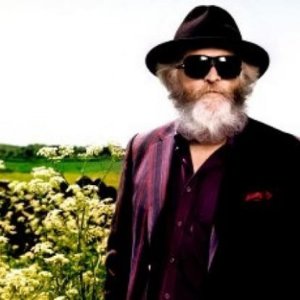 Between Lager, Lads and McAloon

Thanks to Holger van Dordrecht for help with the translation

This is how the northern English twin cities of Newcastle/Gateshead work: you go into a large, modern, pub in the posh district of Jesmond, where the large front gardens and privately owned hotels don’t give the slightest hint of a devastated working class neighbourhood.

The long bar is redolent with a happy hour atmosphere. You order a pint, and the waiter asks you to press the “button”. The button? Well, obviously the red thing next to the pump. Pressing it is followed by a “bing” noise, and a second glass wends its way over the counter. “Two for one! You’ve won, mate!”. A sales promotion on the River Tyne.

And with well endowed women all around, all the good old UK stereotypes are celebrated here; too short skirts, high heels, soccer jerseys and Umbro training pants. My German accent helps me get into a conversation with an English teacher, who might just as well be a sporting agent or a safecracker.

These are friendly, down-to-earth, people that you meet in any of the innumerable pubs; including this one, which is quaint and on the bank of the river, whose outdoor catering during the summer is its finest asset.

Even outside the football season the black and white striped jersey of recently relegated home team Newcastle United is worn around town. The 52,000-seat St. James Park stadium towers over the city cenre like a stronghold. The inn below the stands features the jersey of the “Magpies” in their pub sign.

Paddy McAloon, now 52 years old, the brilliant songwriter and singer of Prefab Sprout, doesn’t have much to do with such local fervour. Just as he long ago replaced the guttural “Geordie” accent with a neat, ironic British tone. “Partly to distance themselves from the arrogance of the South, people here celebrate the British ‘lad” culture. But if you can put up with that, you can spend some fun nights in Newcastle,” he says.

The new Newcastle thrives on a slightly bland mixture of laptop and lager-glass. After years of crisis, Tyneside has been completely transformed in recent years. Sir Norman Foster built the snail-like music center Sage on the Gateshead shore. The huge Baltic Flour Mill next door was turned into an exhibition hall for lavish temporary exhibitions, and the emblematic Millennium Bridge opens like a blinking eye as a larger container ship enters from the nearby shoreline. Even the local Chinatown has been meticulously renovated.

McAloon has always been loyal to the high north of England. Unlike his fellow “Geordie” colleague Sting, McAloon hasn’t relocated to London, the music metropolis. He simply stayed in the rural idyll of suburban Durham. For those who want to experience traditional old Newcastle – which incidentally is best done by foot – the pop hero recommends a walk on the imperial Grey Street with the column commemorating the former British Prime Minister for whom Earl Gray tea was named.

“Jayz II n the market hall there has the best fish and chips in town”, McAloon explains, although shortly afterwards admits he can’t stand the national English working-class dish. But as a true “Geordie,” McAloon also knows what he owes to his resurrected hometown. And the fish and chips at Jayz II are, of course, top notch.