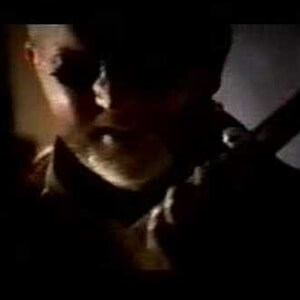 Paddy McAloon speaks exclusively to Sylvie Simmons about his fight against blindness, his panic over songwriting and his band Prefab Sprout’s return.

After a near-interminable wait, Prefab Sprout have returned with a new album, The Gunman And Other Stories. New-ish, anyway. One track was written for Cher, and several others were covered some time ago by Jimmy Nail. Here the man once hailed as the Saviour of British Pop continues his explanation of what’s been going on in the world of Prefab.

Writing a “very loose concept album” about cowboys was, you said, a panic thing. Songwriter’s nerves?

“Part of it, if I’m honest, is laziness – though laziness isn’t the right word. It’s more the panic that you’ve run out of images or ways of describing things. If you’re writing a novel, for instance, you set it in one location and you can spend 300 pages describing that, but songs eat up the big ideas. You do one song and you move onto something else.

“When you start to write something you think, ‘Have I already done that?’ – you’ve used those images and you have to find new ones. So I hit on this one. And the cowboy is the ultimate heroic image.”

You have always had an obsession with America – Steve McQueen, Albuquerque etc., But is it a Newcastle kind of America, like your own private Idaho?

“Absolutely right. It’s a dream America. You know, the first time anyone ever said to me ‘You’ve got a lot of references to America in your songs’, this will sound stupid but I had not actually thought about this – which probably shows a remarkable lack of self-knowledge about what you’re writing about. I didn’t even know I was doing it. I think being brought up with American records and you’ve watched a thousand westerns, it’s part of your landscape, you don’t think of these things or places as foreign.

“It really is a Newcastle America because that’s where you see these images first of all. I don’t quite know how they’re there, other than that they seem maybe more exotic to me and more worthy of being written about than just where I am – which is obviously a terrible thing to say because obviously you should be able to home in on where you are and write about it. When I was younger, the little Northern village where I lived seemed to be a place to escape from, so obviously I would write about other things. But though I don’t feel like that now – and I still live pretty close to where I was born – I still haven’t got a handle on why I do it after all this time.”

A few of these songs were done earlier by Jimmy Nail?

“A lot of the songs were written for other people. Jimmy Nail has done Cowboy Dreams, Love Will Find Someone For You, I’m A Troubled Man and Blue Roses, and it was an actual commission. He was doing a TV programme whose central figure was someone from Newcastle who had aspirations to be a country and western singer – country is really quite popular in Newcastle! He said, ‘The problem with songs on television programmes is they’re rarely credible; would a modern-day record company really invest in signing this would-be songwriter within this programme?’ and he asked me to write him some songs that a modern-day record company would think were good. I was flattered, and it seemed a nice challenge.

“I thought okay, it’s really not so divorced from anything I would do – maybe a little simpler musically than I would allow myself on a Prefab Sprout record, not a million chords, the shape would have to be pretty straight-forward, and it’s got to have a verse and a chorus – and I found I could do it really – not quickly, but I found it a real thrill to write something that I knew I didn’t have to sing and that had a real purpose in terms of telling a story. I got a real kick out of it. Having a brief was like a straitjacket, but at the same time a liberating force because you’ve got parameters – writing for someone else you can’t get too fancy and you’ve got to make it for the character in his TV programme.

And you followed it by writing The Gunman for Cher?

“A year after Jimmy Nail sang them, the man in charge of Warners, who he had his contract with, said that Cher was going to make a record and was going to do something different. But when people say something like that, you’ve got to try and figure out just how different is Cher going to be? Cher is Cher. As a kid I absolutely loved Gypsies Tramps & Thieves.

“So I thought, okay, you could write her something that’s more like a soundtrack, give her a small song in the middle of it, but essentially make the track eight minutes long and like a mini movie with sound pictures. But when I took it to Warners they thought, my God, the vocal doesn’t enter for three minutes! Trevor Horn liked it and said she should do it, but I believe she didn’t like it, or didn’t get it and said something like it was the weirdest song she’d ever heard. I was slightly disappointed that she didn’t see that in certain ways it did relate to her past.”

And how did this all turn into the long-awaited Prefabs album?

“Because my self-defence mechanism, when I was doing all of this, I told myself if it didn’t work out with Jimmy Nail and he didn’t like any of the music I had better be writing something that Prefab Sprout could do. Some people at the time, when I said I was doing this for Jimmy Nail, acted in a bit of a condescending way towards him as if I was passing off throwaway material, which I found insulting. For me to finish something I have to like it. It might not be very good, but at some point in the process I’ve liked it. I ended up with a bunch of stuff that was pretty conventional in shape and structure, traditional sort of stuff, and songs that all seemed to belong together. And in the back of my mind I thought: one day we will do this.”

Exactly who or what is Prefab Sprout these days – just you and your brother Martin and session players?

“I tend to say ‘I’ because so much of the day is just writing songs by yourself. It’s terrible because making a record isn’t ‘me’ at all. A lot of things I don’t play. So there’s Martin and myself. Wendy has essentially left the group – I wouldn’t rule her out singing on some things, but life took over, she had a son, and she teaches the Alexander Technique and voice movement therapy. I don’t think I’ve got enough respect for the democratic process in a group – that’s the truth of it. It needs to be the vision of where you’re going on this and then yes please, tell me if it’s crap or come and play your bit, but I can’t go along with group visions.

“It’s terrible isn’t it? I suppose it’s more like a solo artist’s approach if I’m really honest, but that’s probably because I write everything. Neil said to me once, quite graciously, ‘you don’t really need a ‘drummer’ drummer, you need to pick and choose for things that you do, but it’s really true. Neil at the moment is trying to put together a record where there’s other singers singing some of the material that I’ve written on other records that might be open to interpretation in a more soulful way. I tend to think unless we tour, there are so few things that you do as a band. I’ve come to the conclusion that you’ve got to pick the right people for the job, and groups tend to be for me a boring concept.”

“It’s always a possibility. We did a short one last year – our first outing in ten years – and it went well, but I realised that you’ve got to do it intensively to get to the point where it’s second nature, and I obviously wasn’t going to do it intensively because it pulls me too far away from writing.