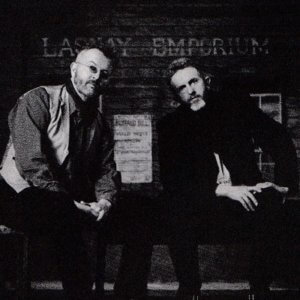 Man of the West

SO WHAT IS GOING ON WITH Paddy McAloon and Prefab Sprout? In the decade since 1990’s Jordan: The Comeback the man who said, “When I’m not writing I feel dead,” wrote only one album of new material (1997’s Andromeda Heights’). And they’ve not been on the road — last year’s short, unexpected tour (bearded Paddy looking like a Marxist Santa) was their first in 10 years.

At last, however, there’s an album of new Prefab songs. Well, newish. One track (The Gunman) was written some time ago for Cher (“they said she wanted to do something ‘different’”), and several others were penned for a Jimmy Nail TV show. With Wendy Smith leaving to become an Alexander Technique tutor and Neil Conti “trying to put together a record of other singers singing some of the material on our earlier records that might be open to a more soulful interpretation”, Paddy and his brother Martin, all that remains of the original band, turned the songs and a few new additions into The Gunman And Other Stories. A “very loose concept album” with a Wild West theme.

“Part of it is a panic thing that you’ve run out of images for songs,” McAloon admits. “How many metaphors can you find for romantic longing or an idealised picture of love? The cowboy folklore is the ultimate heroic image, so I decided on that.”

McAloon looks less like a cowboy than almost anyone you might name. The beard is shorn, his silver hair short and collegiate, an image upheld by new, thick-lensed glasses, the unhappy result of a series of operations on his eyes. Hence the lack of Prefab output.

When Paddy hit 40, he started to go blind. “My retinas became detached. They came to bits of their own accord — and I started to see the world through these huge raindrops, like you’re in a car where the windscreen wipers don’t work. I got the left one fixed and I was busy doing something about making a record when a year later the other one went too. See this?” He pulls down his lower lid. “That lump is a silicon thing that holds the retina in place. I always write on the computer, for the more complicated things, but I couldn’t see it. I’m not using it as an excuse — I could still write with the piano or guitar — but it stopped me being in the mood to write.”

When the mood finally returned, what he started writing was “a long instrumental piece with a woman speaking her inner thoughts — I deliberately left it vague, quite poetical — like a radio play with music underneath it. When I was convalescing, and listening to a lot of radio, these bizarre chat shows where people would call in with these terrible complaints. I loved it! That’s where I got the idea. And I was bored with hearing my own voice. I wanted at least one Prefab Sprout record that wouldn’t be me, if you know what I mean.”

When well enough, he recorded the album, I Trawl The Megahertz, and offered it to the band’s label. They declined. A small jazz-classical label stepped in, but hasn’t released it either. McAloon still holds out hope for its eventual appearance.

Meanwhile, he took those commissions to write for Cher and Jimmy Nail. His “self-defence mechanism” while he was writing them was “to tell myself that if it didn’t work out and they didn’t like any of the songs, I had better write something that we could do ourselves. And anyway, to finish something I have to like it.”

So, with Megahertz beached, that’s what they did, filling it out with some trademark lush ballads — the kind that Siouxsie Sioux once called “Stepford Wives music”. “You get typecast,” he says, “which is why I will sometimes entertain notions of something like Megahertz. But if those are my fingerprints, and that’s what you do, well it’s all right,” Paddy grins. “I like lush.”