“I saw them at Liverpool Royal Court on the Jordan tour. They were spectacular. I’m certain they were burning incense before the band came on. Michael was the opener then when Appetite started the whole place erupted, I looked around and all the balconies were full and people were arms aloft, like a Slade gig from the 70s! There were some real hardcore fans down the front, I seem to remember a couple of lads in suede jackets with tassles (Roddy Frame style) who went particularly mad for Faron Young.“Paddy performed most of the gig without a guitar and during the outro of Jordan he ran round the stage and got up and played keyboards with Jess Bailey. He was a great great live performer. He introduced Jordan with a story about a friend of his who had misheard the chorus of the song as ‘end of the road I’m travelling I will find joy in Birkenhead’ which, if you listen to it with that in mind, is exactly what it sounds like.”(JamesL, SproutNet discussion board)“The Royal Court gig was a great night. I managed to catch Paddy outside, who referred to my brother and I as the ‘jumping frogs’ (he saw us start a mini mosh pit at the front). Wendy, I adored so found it almost impossible to speak, which Martin found quite humorous.I had to run after Neil as he bounded down the street to the transit van.”(Gary, Ebay seller)“In 1990 I saw them live at The Royal Court in Liverpool, they were great, I was fascinated to see many people waiting patiently to hear “Cruel”,and other Swoon tracks,as if they weren’t really into their other newer stuff. Paddy told a story about playing a song for a Scouse friend of his, it was “Jordan”,and he said “WhenI finished the chorus he stopped me and said ‘Ah ey Paddy lah dat’s great dat, end of the road I travel I can see George from Birkenhead…’ I had to repeat it and sing it clearer till he realised that wasn’t the chorus”. Well I found it funny…” Nick Burns, Zorrophonic mailing list. 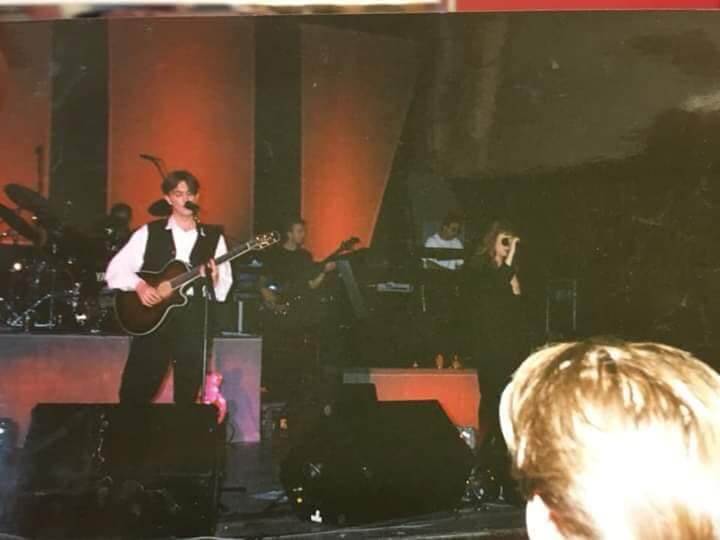