“Triangle Arts Centre in Birmingham, just after Steve McQueen was released – Paddy’s white suit & Gerry Adams beard phase – he did offer a huge theatrical wink in Wendy’s direction during ‘When Love Breaks Down’, immediately after singing ‘when love breaks down, you join the wrecks, who leave their hearts for easy sex’.“But my most vivid memory of that concert remains Wendy giving Paddy a two-finger salute after he referred to her as ‘Wendy Harmonica Smith’ (she played harmonica on one number, can’t remember which one though). She had very tight white ski pants on – I remember that quite vividly as well.”James Gibbon, Zorrophonic Mailing List

“I too was at this gig and remember the references Paddy made to Kevin and Neil having performed with Bowie the week before in front of millions around the world at Live Aid and, yes, he did seem rather proud.

“I also remember Paddy and Martin doing some ‘foot on the monitor’ ‘guitar hero’ posing during one number and then mentioning that they were taking part in some Kemp-esque on-stage brother bonding.
The Triangle was a small but great venue and this was an excellent gig.” 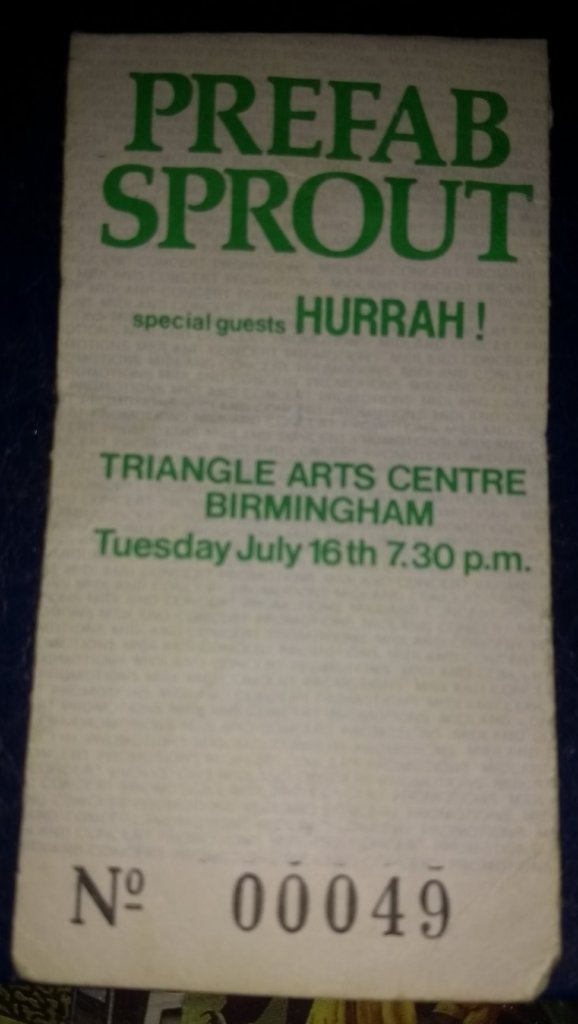