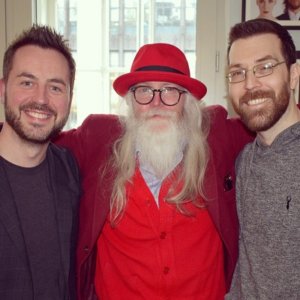 I listened to the Sodajerker interview podcast in a hotel bedroom in Santiago, and it was an absolute treat. The link (for anyone who hasn’t yet found it) is below. Simon and Brian are sympathetic and engaging interviewers, and just as in 2013 this one sits up there with Pete Paphides as the best of the bunch.

I previously noted that Toru Watanabe’s telephone interview formed the basis of the Japanese sleeve notes for “I trawl”; I now have these scanned and ready for translation in due course. It appears this has also appeared in the latest edition of the Japanese “Record Collector” magazine, which I will investigate. For those who don’t know him, he is THE MAN for Prefab Sprout in Japan, having hosted the 1999 event in Tokyo, and interviewed Paddy many times, probably most notably on the same trip.  Watanabe explains in a tweet that the CD insert is 14 pages long and contains most of the call.

Still waiting for Hotpress, and rumours of another coming in the German Intro Magazine.

Some Extracts from the Dagbladet interview:

“Perhaps Sony will also release a box set of rarities. There are many B-sides that aren’t available anywhere, in addition to the first two Prefab Sprout singles. Besides, I have a lot of old demos. The only problem is that they are in a huge aluminium box that my mixing desk is on, and I can’t remove it until I finish the new album. It’s like they’re in jail”, says a cheerful Paddy.

“The idea for the album came from thinking of John Lennon and how he has changed from being a talented boy from Liverpool to a mythical figure in just over 50 years. What transformation has he undergone in such a short time? And how much did our images of other figures – including Eve in the Garden of Eden – have changed over the centuries and millennia?”

“… One is “Electrical Storm” that was finished and I had started recording. It was in 2010, and perversely enough – for various reasons – it became easier for me to create “Crimson / Red” from scratch than to finish a record that was almost finished.”