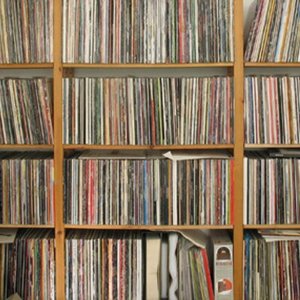 During the last 12 months, I’ve been gradually transferring the full discography into “Collectorz” (CLZ) which is a specialist collector database. It’s now nearing completion – as much as anything of this kind is ever complete – and is available to browse in a web view by clicking here.

The previous discography was a rambling text document – still there via the menu, but not updated for ages. This one is more useful in some ways, because it’s a searchable database, and there are various listing options available to look at countries, formats and so on. In the PC version it’s really great as I have matrix text as a user field so I can even do things like track the progress of vinyl stampers across the various global releases, and date particular CDs using clues in the matrix information. I also have links to Discogs entries where there is one – Discogs is great for detail but has a hideous front end, so this works quite well for me.

Sadly, this functionality doesn’t transfer very well to the web version, which just gives the basic framework. There is the possibility of outputting XML from the CLZ database (the database itself is not in any obviously transferrable format, I was hoping it was Access or similar, but no such luck) which could be used to auto-generate something a bit more useful, and if any people with JavaScript and WordPress Plugin skills are reading this and fancy having a go at something, contact me.

There’s a big question about what a good front end for a discography is incidentally, CLZ does a great job of front-ending the content, but falls down a lot on detail, for example omission of matrix information as a standard field is a real issue for a music database. But Discogs is really rubbish as a user interface, no real organisation at all, and a lot of variation in the detail of individual entries depending on who has entered them.

I did consider using Discogs as the main repository, but it’s prone to arbitrary changes and you have to get things voted on, so it’s much harder to maintain and keep track of things there – all the problems autocracy is great at fixing. There is a lot of material not in Discogs yet, and I do at some point intend to add it, such items are usually identified by the “Not In Discogs” tag. If anyone fancies adding this sort of thing to Discogs unilaterally, feel free, but I’d be grateful if you put in the notes that the base definition came from Sproutology.

I’ve also hosted a snapshot of the main database in dropbox. If anyone has CLZ it may be possible to use this directly, though I’m dubious it’ll include everything, I suspect in particular the cover art is links rather than direct database content. Anyway anyone wanting a look is welcome.

Pretty much everything I know about is included. I haven’t included CD-R bootlegs yet, but video, cassette bootlegs, standard releases, oddball stuff is all in there. A good way of browsing what is in there is via the “format” tab.

In doing this, I have ended up being much more savvy about things like matrix codes, IFPI mould SIDs, dating of reissues, manufacturing sites, and all the various minutiae with nothing whatsoever to do with the music but being satisfying to the completist soul. It’s been a lot of (albeit rather tedious and nitpicking) fun. Hope it’s useful to someone else.