Fair to say there’s a bit of a buzz about Prefab Sprout just at the moment. Most clearly evidenced by the clamour of interest in the acoustic Steve McQueen to be released on Record Store Day.

But it wasn’t always like this. Tom Cox wrote an article in the Guardian in 2000 explaining how cheaply the back catalogue could be obtained, and that he’d bought a copy of Protest Songs for 10p. Format not specified, but if it was vinyl, which would have been quite possible then, it’s gone up in value 100x.

And there is a very prescient passage about that. Cox asks Paddy how he feels about his work being sold so cheaply:

“There was a time when I would have been quite upset about it, but you can’t really afford to get precious. I’m lucky to be still here getting paid for making music. Perhaps this is the low point in the lifecycle of the Sprout catalogue, and in 20 years it will be collectors’ stuff?”

And here we are, 20 years later, and it’s happening just like that.

Anyway, here’s a little image that encapsulates all of that nicely, which I liked when I saw it so saved it. It’s a “Nice Price” cassette, which I guess used to retail at around £5.49 if I recollect right. Now look at the progression of price reduction labels. 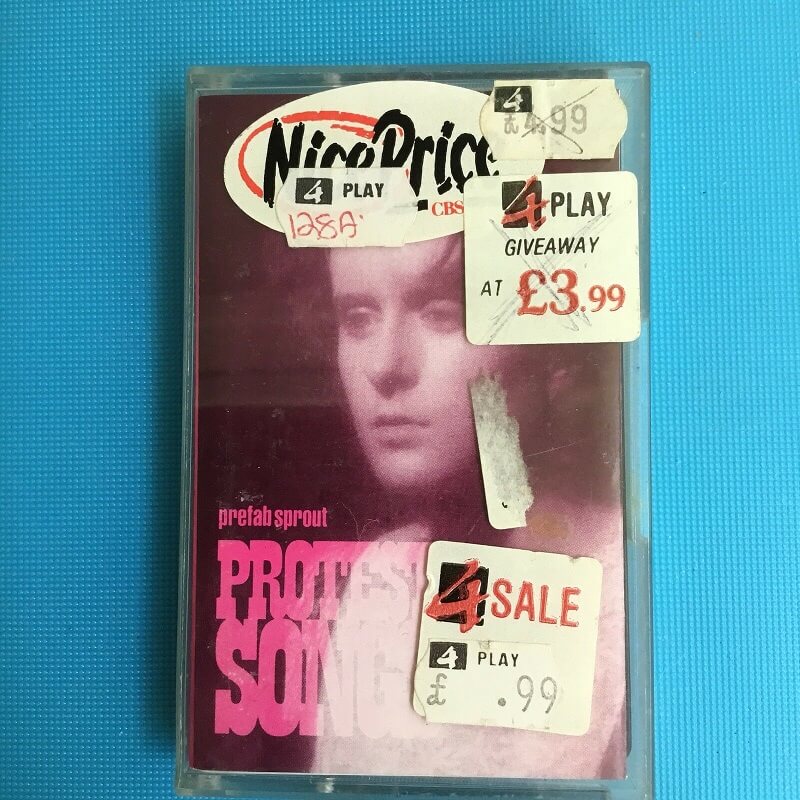