I posted about the leak of “Crimson/Red” some time ago. It was certainly the first time I’ve ever been involved from front to back of a Prefab Sprout release, and instead of picking things up retrospectively I was delighted to be following the sequence of releases and promotional work as events unfolded. And it was a great year: the promotional campaign of interviews appeared to pick up momentum as Paddy seemed even to be enjoying the acclaim, and I found the band becoming cool for once.

Here are some of the things that turned up over the year. Mouse over for commentary. 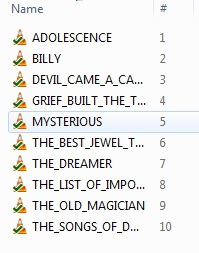 The original fileset from the leak was in alphabetical order. I still prefer it like this. This was variously known as "Trapdoor Melancholy" or "The Devil Came A Calling" depending on what theory people subscribed to regarding the origin of the files. 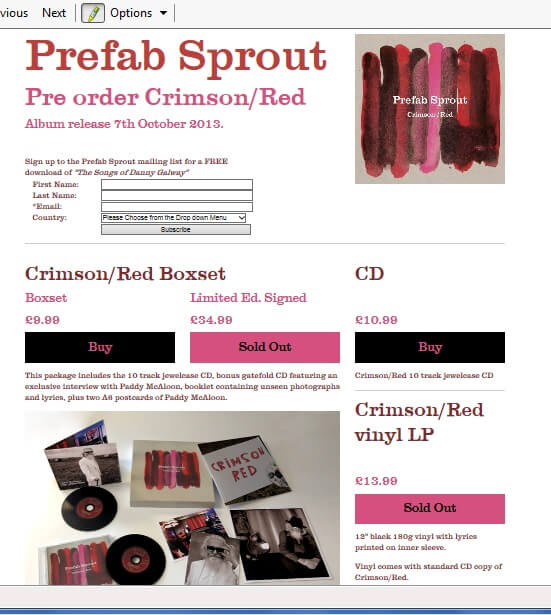 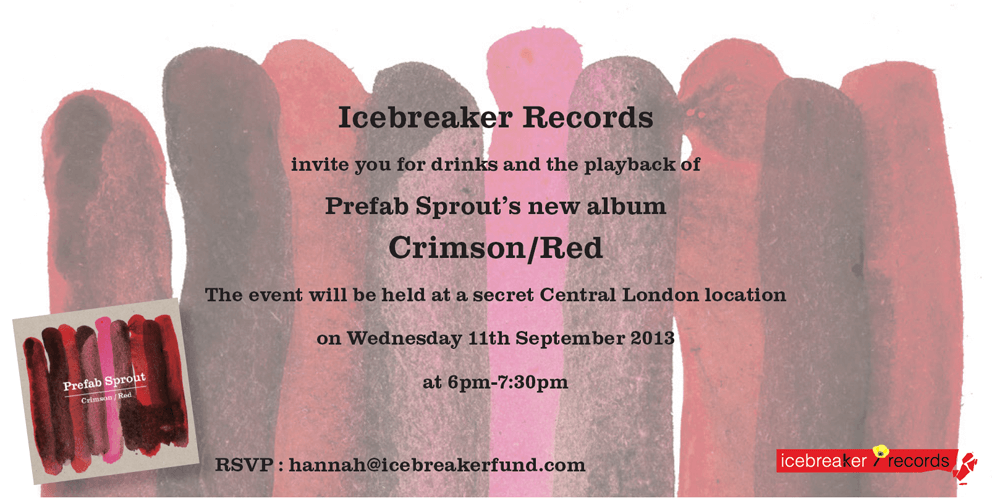 The Playback event was held in the "Eight Members Club" in Central London. The enthusiasm of the Icebreaker team was obvious, and we all pretended to be hearing the album for the first time... 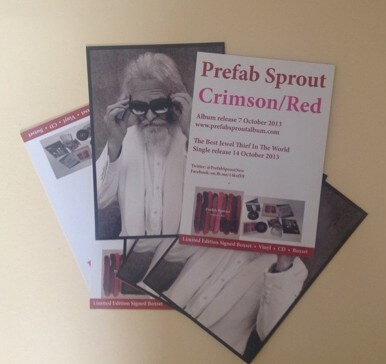 These were distributed at the launch event in London. I picked up loads of them. Unlike the box set postcards, they're printed both sides 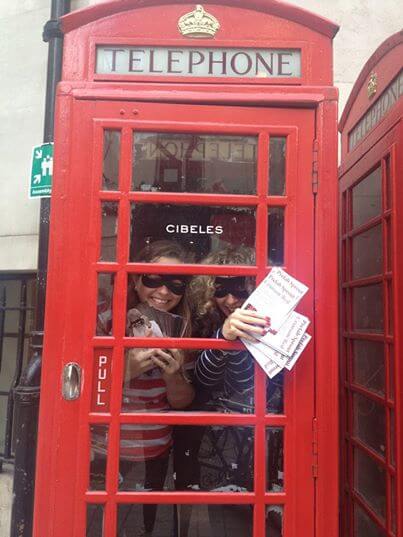 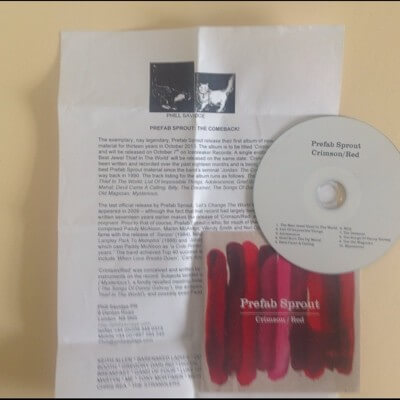 Promotional CD-R copies were made available pre-launch and very successfully kept out of the hands of fans prior to the release date. I know, because I was looking very hard! They're relatively common now.

The release was October 7th, and for once happened bang on time. The physical CDs were in a nice record facsimile format. A few turned up signed in a Newcastle record shop, and this is one of them. 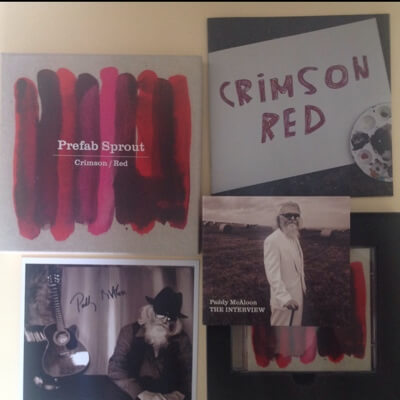 Very much sought after now, the box set with a signed photo and interview CD. Fair to say there was disappointment not to have music on the extra CD, but it's a nice item 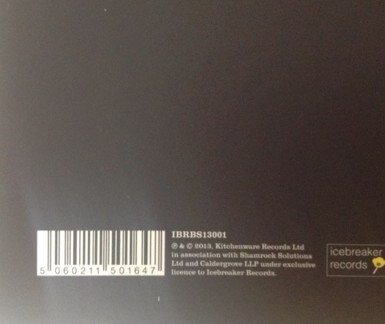 This box set differed only in the omission of the signed photo and a printed barcode...

...where the signed boxset had this stick on label covering the printed one 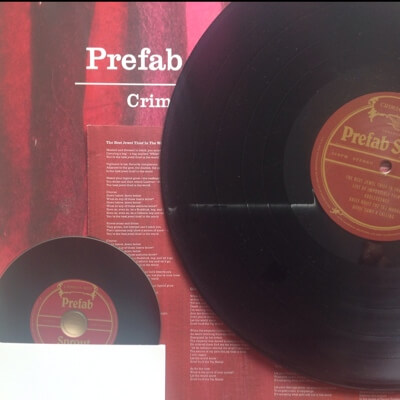 The UK vinyl release was a beautiful package and came with a CD in a card envelope. 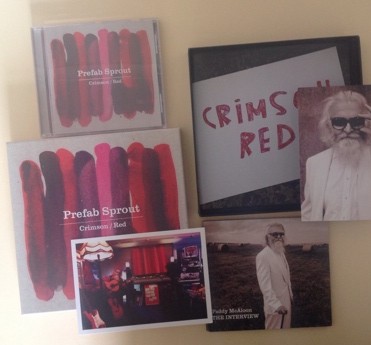 The European "Ministry of Sound" Boxset was a slightly more rattly affair, with the contents loose in the box instead of neatly packaged 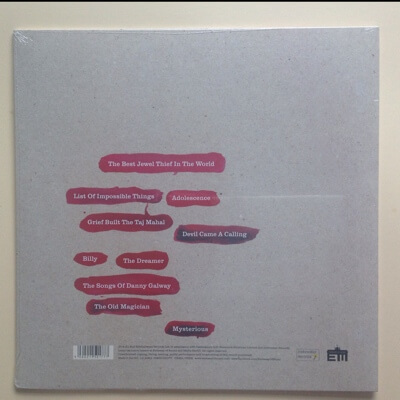 The album was also released on vinyl in Europe, on the Ministry of Sound label 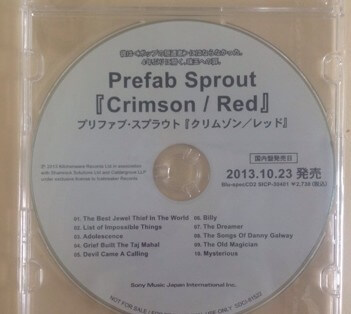 The Japanese release followed later in October, and all albums were reissued as part of that in "Blu-Spec" format. This is the promotional CD-R 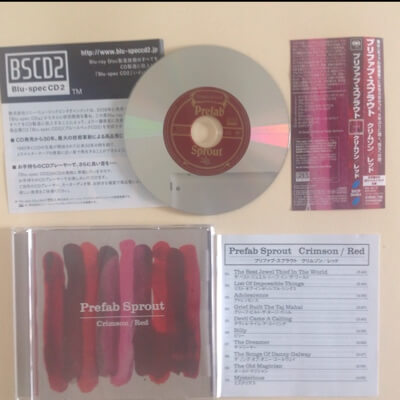 This is the Japanese release, complete with translated booklet, inserts and Obi strip. I think the nicest non-box set release format. I happened to be in Japan at the time, but sadly couldn't find any promotional activities beyond a few magazine articles. 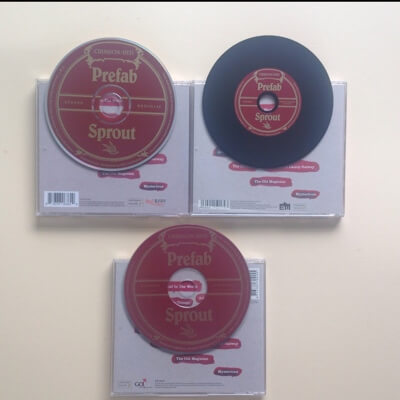 European and US CDs

Here are a few alternate releases. The Embassy of Sound CD is similar to the UK release, but a black backed CD, strange looking but it works. Then the "Go!" version for Benelux, and the US release on Red River, which came out on April 29th 2014 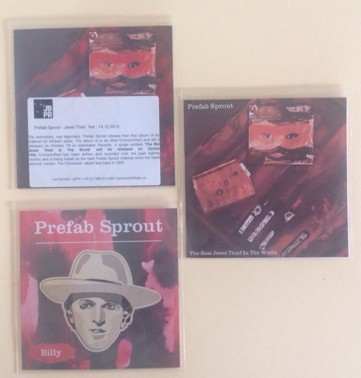 The release spawned one single release, and one attempted but apparently aborted release of "Billy". These were not physical releases but promo CD-Rs were produced for UK and Europe. The European ones are from GO Entertainment.